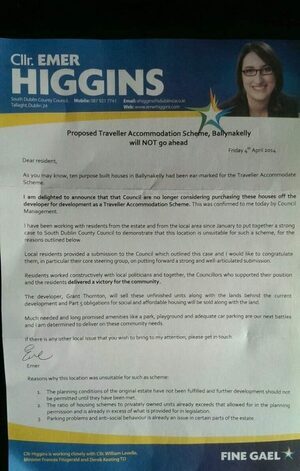 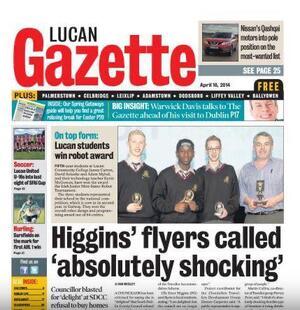 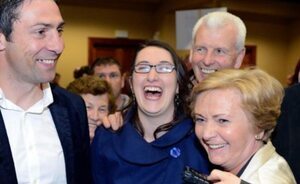 On April 4, 2014, Fine Gael councillor Emer Higgins wrote to residents to say she was “delighted” to announce that ten purpose built houses in Ballymakelly were not going to be bought by the council for a Traveller Accommodation Scheme.

It’s since resurfaced as she prepares for the by-election in Dublin Mid-West on November 29.

In a statement to the Irish Examiner, Ms Higgins said:

“Straight up, this was about the council moving forward with new plans in an estate which hadn’t even met the conditions of the first scheme.

“In 2014, when the country was littered with unfinished ghost estates and negative equity, distressed mortgages and repossessions were a big fear in my area.

“My language was insensitive and did upset people and I apologised for that at the time.”