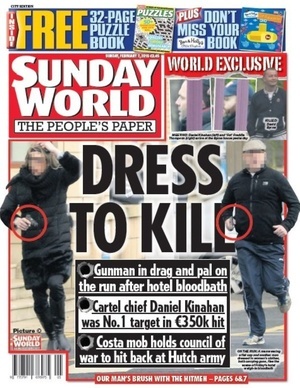 Further to the collapse of the Regency Hotel murder trial yesterday.

The Garda Síochána Ombudsman Commission (GSOC) has opened an investigation into the circumstances surrounding the death of the case’s lead investigator Detective Superintendent Colm Fox.

Det Supt Fox was found dead by his own hand at Ballymun Garda station on February 10 last year following an adjournment in the trial after emails between four gardaí were disclosed.

The State’s case was that Patrick Hutch was the man dressed as a woman photographed leaving the hotel and that he was part of a “shared intention” to commit the murder of David Byrne.

The narrative about the collapse of the Hutch trial is changing.

Yesterday, it was because the lead Garda had died. What rubbish that such huge investigation would hinge on one Garda, when there was a team of what, 30 Gardai, and the lead Garda was reporting to more senior Gardai with progress and administative matters.

This morning, the narrative is shifting to the evidence. The main evidence was the photo in the Sunday World which we’ve all seen (it’s on the front page of the Indo).

Is the person in the photo Patrick Hutch? Many people say “yes”, Patrick Hutch denies it. But again, why not test that photo in open court before a jury?

Last year, it was “emails” among investigating Gardai that halted the trial. What was in the emails?

Either way, we now deserve to see the emails.

A huge criminal investigation and trial has collapsed with the prime suspect walking free and the rest of us wondering why you couldn’t prove in court beyond a reasonable doubt that the photo is the suspect.

We’re paying a huge financial and social cost for the collapse and we deserve answers.

Also, the GSOC investigation is an abuse of process. It’s been initiated under s91 of the 2005 GS Act.

“If a complaint concerns the death of, or serious harm to, a person as a result of Garda operations or while in the custody or care of the Garda Síochána, the Ombudsman Commission shall immediately direct a designated officer to— (a) examine the complaint for the purpose of recommending whether the complaint should be investigated under section 95 or 98 , and (b) report his or her recommendation to the Commission as soon as practicable.”

This section is for supposed to be for deaths when someone dies in a Garda chase or in Garda custody, not a suicide by a Garda in his office. The GSOC investigation is nothing more than an attempt to cover up or delay exposing what was in the emails.

No, this isn't a TV crime series. 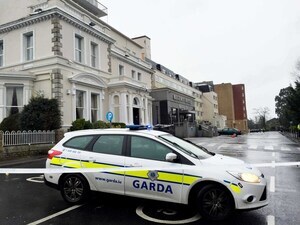 The trial had been stalled over the disclosure by the prosecution of emails between four gardaí. Following that adjournment Det Supt [Colm] Fox’s death took place.

Notes written by the late superintendent were handed into the court and read by the three judges.

The trial was further adjourned to allow time for a progress report to be outlined to the court.

This report concerned the analysis of electronic data – a mobile phone, two USB devices and a laptop computer – as part of an inquiry into the death of Det Supt Fox.