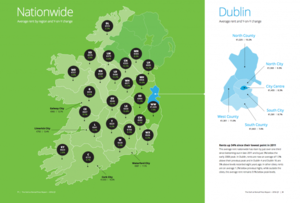 On foot of the Daft Rental report being published this morning, there are again various representative bodies on the radio screaming for rent allowance to be increased.

I can tell you categorically that it has already been increased massively and this has undoubtedly had a knock-on effect on rental prices – it has driven them up even further. It has not in any way reduced the number of people who are homeless or becoming homeless, how could it?

The most recent jump happened between Christmas and now, single people are now being approved for accommodation up to €800 per month, it was at around €750 before Christmas. The official limit for a single person renting on their own is €550 per month in Dublin.

For single people this is reaching a tipping point where single people with jobs who would like to live on their own cannot compete in the market with those on rent allowance.