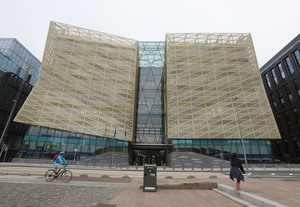 The National Treasury Management Agency has withdrawn stockbroker Davy’s authority to act as a primary dealer for Irish Government debt.

It comes as the NTMA said it plans to raise €1-1.5 billion of debt on Thursday through the sale of 10 and 29-year Treasury bonds.

The agency said its board had reached its decision on Davy based on its “assessment of the very serious findings” relating to the firm that were made by the Central Bank last week. 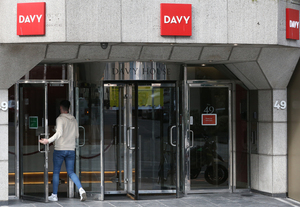 Further to the resignation of three senior figures at Davy stockbrokers, including its chief executive and deputy chairman, after the firm was fined €4.1m  by the Central Bank for breaches in regulations during a 2014 bond transaction [Employees acting as a consortium of investors had been buying unlisted Anglo Irish Bank bonds from a client at an agreed price]…

The National Treasury Management Agency has declined to say whether stockbroker Davy will take part in the bond auction planned for later this week.

It comes after the new interim chief executive of Davy, Bernard Byrne, addressed staff at the company this morning.

It is understood that in his address, Mr Byrne acknowledged that the board of Davy understands that there were failings and that he committed to act with urgency and do the right things, subject to due process being observed.

Sources indicated there was a tone of humility to what Mr Byrne said and a recognition that Davy had “got it wrong”. 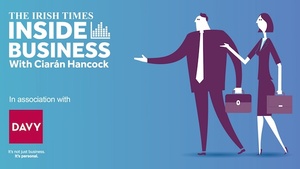 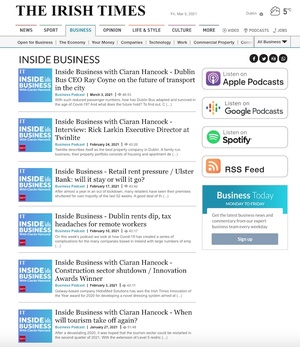 I see the Davy logo has disappeared….

Davy On Board For Irish Times Podcasts (Business Plus, April 24, 2020)