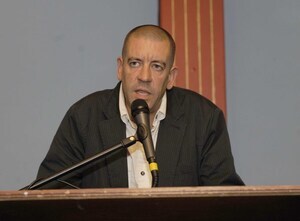 And yet there is this rush when these scandals break. There’s a rush to judgement and sometimes rush to scapegoat. None of these institutions were one dimensional…we need to be aware of context.”

Claire Byrne: “In 2014, you said that the assumption or the claims that were 800 childreen dumped in a septic tank in Tuam were erroneous. Do you still hold that view?”

All the more reason why uncovering exactly what is there should have begun at that stage. This would also have allowed those most closely affected by this to come to terms with the truth.”

Diarmaid Ferriter: Truth of what lies beneath Tuam home must be uncovered (Irish Times) 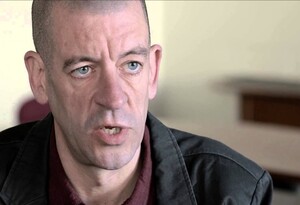 This article is dedicated to the millions of Irish citizens who have suffered and continue to suffer because of the absolute refusal of Irish journalists and commentators to call a spade a spade.

The spade in this instance is the disease of political corruption and how that disease has infected every aspect of how our country is governed.

The commentator in this instance is historian Diarmaid Ferriter.

Because individuals like Mr Ferriter are highly respected they have a profound influence on how people think, how they form their opinions, how they understand what’s happening in politics and in the country in general.

When such influential individuals fail to understand the reality of how our country is (mis) governed they do serious damage to any hope of rectifying the situation. They become, in effect, part of the problem.

Mr Ferriter provides us with the most recent example of this depressing fear of calling a spade a spade. In a 900-word article in the irish Times on the subject of political corruption he manages to avoid using the word even once.

Even the headline avoids the reality. ‘Cute Hoorism Has Cast A Long Shadow’

Cute hoorism is not proper English; it is a meaningless term in the broader world. It is strictly an Irish term with just one function – to avoid calling a spade a spade.

It serves just one psychological function for those in denial – If I don’t write or utter the term ‘political corruption’ then I don’t have to acknowledge its existence and therefore I don’t have to identify those responsible for the disease.

Opinion makers and in particular academic opinion makers should use proper, accurate and powerful words to drill right down to the heart of very serious problems such as political corruption.

In common with most other commentators Mr Ferriter knows there is something very seriously wrong with Irish politics but is not prepared to state the brutal truth – our political system is intrinsically corrupt, it is beyond repair, it is the principal reason our country has morphed into the status of failed state.

Instead of identifying and criticising those responsible, the ruling political elite principally made up of Fianna Fail, Fine Gael and Labour, Mr Ferriter, in common with many other deniers, blames the ordinary people of Ireland.

“They (the people) were only too happy to embrace the abolition of rates that finished off all pretence of autonomous local government, enhanced an unhealthy concentration of power at the centre and had serious consequences for the funding of local services.”

He goes on to confirm his total misunderstanding of today’s political realities by completely misreading the reasons for the rise of the water protest movement.

While acknowledging that the rebellion against Irish Water was justified he asserts that the issues that triggered the protest were – charges, pollution, fairness and conservation.

Political corruption and betrayal was and still is the overwhelming reason for the rebellion against water charges. A significant and growing percentage of the population have lost faith in the political system and by extension, state authority.

“Pious patriots praised an imaginary medieval Ireland and then wondered why Ireland was decaying around them but were determined to preserve their picturesque ignorance.”

Mr Ferriter is writing about himself. He operates in an imaginary Ireland that still believes the old corrupt political regime is fit for purpose, that it works for the good of the people and the country.

That is why he cannot bring himself to utter the dreadful ‘corruption’ word, it would mean acknowledging and therefore having to deal with the brutal reality of a hopelessly corrupt political system.

Here’s my interpretation of the above quote as it applies to Mr Ferriter and other commentators who cannot or will not acknowledge the brutal reality of our corrupt political system.

Delusional commentators praise and defend an imaginary democracy and endlessly wonder why that democracy continues to decay around them. In order to preserve their picturesque ignorance they insist on only writing and speaking in the language of cute hoorism. 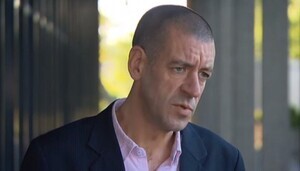 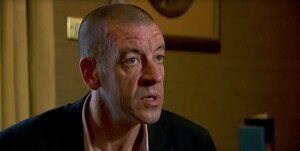 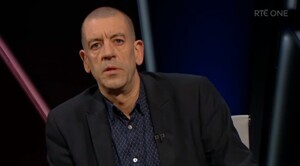