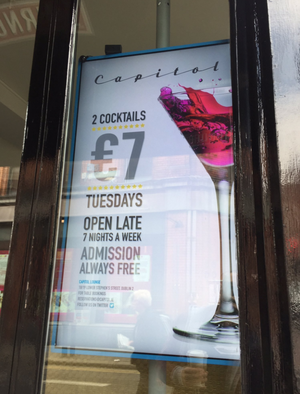 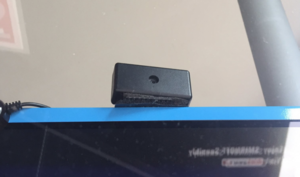 Digital advertisement screen in Capitol Bar, Dublin (top) and a camera above it

After sleeping on it, this reminded me of the increasing number of digital advertisement screens I’ve seen popping up around Dublin City. You’ve probably seen them too, they are pretty eye-catching. Here’s what they look like, this one (top) is in Capitol Bar. (There are at least two in Capitol Bar).

The company behind this screen is called “Orb”, their website can be found here. They have about 70 screens spread across Dublin, Cork and Galway. From speaking with Orb, I’ve discovered that approximately 10 of the screens are equipped with cameras, but they intend to increase this number soon.

If you didn’t notice, there’s a small camera that sits at the top of some of these screens. These cameras are used to track and identify the behaviours of everyone who walks by — you’ll find no signs up to explain this. Children are also included in their profiling, which I discovered based on a conversation I’ve had with Orb on the phone.

Attention Dubliners: We are all being spied on by a little known company on Camden Street… and there’s no way to opt-out (medium.com)