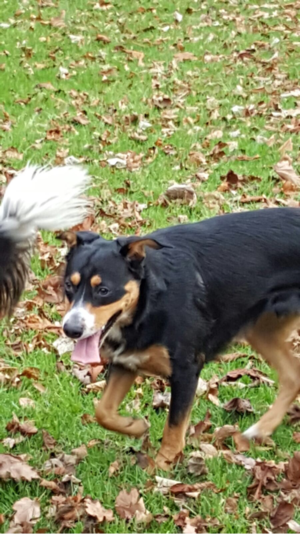 I know you don’t normally do this but we need some help. This beautiful boy was found in the Phoenix Park today – no collar, no microchip, very friendly and well looked after. Someone has to be missing him. We can’t keep him so, if we can’t find his owners, we will have to bring him to the pound which we really don’t want to do… please share for us. Call 087 7454828. 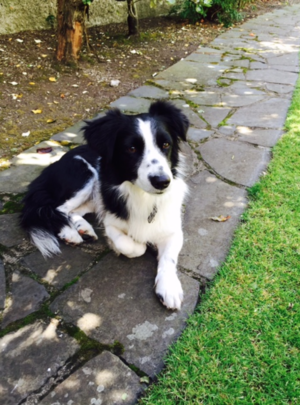 This boy was found in Donnybrook village yesterday being pushed into the traffic by an angry man. He was trying to play with said man’s dog.

I can’t describe to you how sweet, gentle and obedient he is. There’s no doubt about it – he must be someone’s pet.

The vet says he’s around 2, and he isn’t microchipped. He looks like a sheep dog with short legs, so he may be a spaniel cross.

He has a distinctive rust-coloured patch on his back, and a makeshift, battered black collar, which belonged to a bigger dog before him.

He’s quite thin, so may have been on the run for a few days from somewhere further away.

We did a knock around to nearby houses and businesses yesterday, but no one knows anything about him.

Sadly we can’t keep him after today because of allergies, but wanted to give it one last shot to find his owner. Someone somewhere is probably crying over him.

The local Gardaí and vets, the DSPCA and the pound have been told. They have contact details, or you can find me on Twitter @lucymoylan. 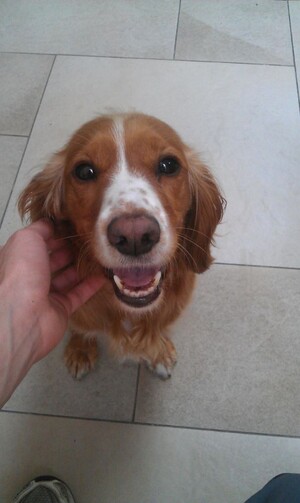 Look who shows up..

Jess who ran off from her owner Jaimie last night, resulting in a fraught dawn post on Broadsheet, is safe.

We have no idea where she’s been.

I got Jess back! She was handed in to the vets on Charlemont Street [Dublin]! She is fine, happy as ever and acting like everything was cool all along. Thanks to all the kind and wonderful people who helped us look for Jess today. The community around where we live really were amazing. Thank you all so much…especially the kind man who found her and delivered her safely! 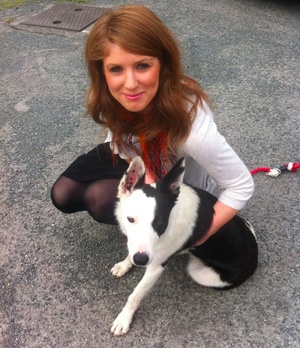 You may have been following the story earlier of Lily, the Border-Collie mix from Ringsend, Dublin, who has been missing since Saturday.

Lily has been found  – she is now home and safe! So happy. The picture (above) is myself and Lily just now [about 7pm]. Can’t stop smiling! Thanks again to everyone. I am so grateful. She is now grounded for life!!