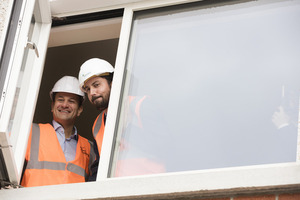 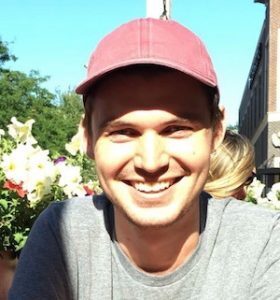 The legacy of this Fine Gael government has been brought into sharp relief in the weeks since their annual party think-in.

Though politics has always to some extent been an exercise in messaging, this government has seemingly decided, or understood, depending on your level of cynicism, that messaging is all that is required in modern politics.

As long as your initiative isn’t set to conclude, or even begin, for a suitable length of time, you can now accept the kudos for your ambitious long-term strategies while remaining insulated from the headaches associated with actual delivery.

Though it may be verging on equine cruelty to continue beating the dead horse that is Leo Varadkar’s now defunct Spin Unit, its impact was still evident during the media blitz that followed the party mind-meld in Galway.

Fresh from their summer breaks, Leo and Eoghan came out swinging; ready to bravely face down the “left wing” councils that were apparently bringing the capital’s housing market to its knees.

Emergency powers, we were told, would be brought into effect if required.

What these powers might entail was not clear, but they seemed to suggest a break from the inertia that had characterised the previous three years of governmental housing policy.

Would this be the start of compulsory purchase orders and punitive taxes on unproductive vacant properties, rent freezes, or perhaps a shift in stance on the sale of loan portfolios by state-owned banks?

Alas, it appears that these powers will be limited to combating creeping ‘communism’ in Dublin’s local governing bodies, and diverting attention from the calculation at the heart of the government’s approach to this crisis; negatively impacting the value of property in this country is more detrimental to Fine Gael’s electoral ambitions than 10,000 Irish people being without a home.

Further evidence of Fine Gael’s penchant for choreographed PR offensives could be seen in their response to the North Frederick Street eviction and the accompanying footage.

Leading the charge was Minister for Justice and Equality Charlie Flanagan, who appeared with Sean O’Rourke to discuss the urgent need for a ban on recording Gardaí in the line of duty.

The fact that we’re only a year removed from the Jobstown trial, in which a judge instructed jurors to disregard the testimony of Gardaí due to discrepancies and consistent inconsistencies that contradicted video evidence was apparently not relevant to the discussion.

What followed this opening salvo was an impressive exercise in reality manufacturing, aided in no small part by a compliant and credulous media.

Capital “S” Serious and capital “R” Reasonable pundits lined up to decry the dangers posed by these anarchist squatters.

That these viewpoints bore no relation to the footage captured by those present at the eviction was beside the point. Once you can control the terms of engagement, repetition will take care of the rest. After all, who could possibly place themselves in opposition to improving Garda safety?

While polling suggests that Fine Gael’s calculated inaction has yet to seriously impact their popularity, the events at North Frederick Street may prove to be an inflection point.

Images like those taken at the eviction have a certain emotional resonance that can’t be deflected as easily as impersonal statistics and figures.

Brand management and marketing are all well and good, but as the water charges and repeal movements showed, direct citizen-led action has an impact that can’t be ignored for long. 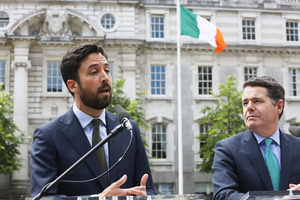 In the weeks since the Irish people decided, by an overwhelming majority, to entrust women with control over their own bodies, there has been a tangible sense of optimism about the future for which our country is now heading.

The referendum illustrated that the Irish electorate, despite what we have been told about ourselves, possesses both the compassion and the intellectual wherewithal to engage with issues of great complexity, and come to conclusions not based on fear and manipulation.

It is important that we capitalise on the momentum created by the repeal movement, and continue to work towards change in how our society operates.

What do the repeal, marriage equality, and water charges movements have in common? Each had its roots in citizen-led, grassroots organization; often, years before they became issues of national import.

These campaigns showed that when the Irish people come together in solidarity we can break ties with our regressive past. They should be used as points of reference in the next social and political struggle facing the Irish population; the fight for a right to housing.

It seems clear that if there is to be any change in how we as a people interact with housing, it will need to come from outside the realm of party politics.

A second housing crisis, just 10 years after the first, has seemingly done nothing to dispel the view among our political class of housing as a commodity first and foremost. The needs of the Irish people remain a distant second to the needs of foreign vulture funds, and will continue to do so it seems.

If you were to look briefly at the current government’s oddly passive handling of the housing crisis thus far, you could be forgiven for interpreting their various missteps as just that; missteps.

But after further examination, it becomes apparent that their housing policy fits in with their overall ideological self-image; shepherds for the market, with little or no duty of care to their own electorate.

Their reluctance in regulating a private rental market out of control, for fear that they may disrupt the phantom supply that it has been providing, has seen rents approaching an average of €2000 in Dublin. Indeed, their pursuit of Rent Supplement as a primary solution has only served to create an artificial floor in many areas.

When contrasted with their bullish responses to the EU’s GDPR and the European Commission’s Apple tax ruling, it becomes evident that Irish legislature are only averse to imaginative, decisive policy solutions when the outcomes favour citizens over capital.

One of the most heartening developments of the entire repeal campaign was the success of the Citizens’ Assembly. The Assembly, a collection of citizens drawn from a range of locations, ages, genders, and social backgrounds, came together and heard expert witnesses, held Q&A sessions, and participated in roundtable discussions and debates.

This participatory forum, along with the campaign that followed, showed the way forward for Irish democracy. Citizens were allowed to influence and engage with their own futures in a way that wasn’t limited to a vote every few years.

Although there is no imminent prospect of a similar forum on the issue of housing, there does seem to be an increasing appetite among the public for a change from the traditional paradigm.

People want to live in a society, not a marketplace. Suggestions such as cost rental models and local cooperative housing, with a focus on local investment to suit local needs, are beginning to gain traction in the public consciousness.

The Irish political establishment are still a long way from legislating for the type of change required to make a meaningful impact on our broken housing system, but a groundswell of public protest and support would go a long way in encouraging them.

One needs only to revisit Leo Varadkar’s previous statements regarding marriage equality and the 8th amendment, not to mention Micheál Martin‘s shaky history with water charges, to see that our politicians have a propensity for evolutions in thinking depending on which way the electoral winds are blowing.