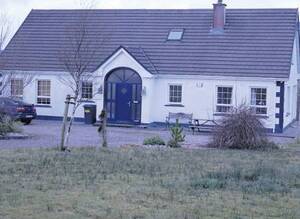 A €230,000 house bought for a family of 13 Travellers in Ballyshannon, Co Donegal, pictured last month. 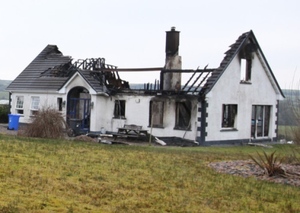 The same house this morning.

Meanwhile, back in January:

[Opposing the purchase of the house for the family] Fianna Fail [Donegal] county councillor Sean McEniff said: “I am not a racist or a bigot, but I believe Travellers should live in isolation.”
Fine Gael Cllr Eugene Dolan supported Mr McEniff’s comments, saying: “As far as I’m concerned they can be sent to Spike Island [a former prison in Co Cork] for all I care.”

I Am Not A Bigot, Says Councillor In Storm Over €230,000 Luxury House For Travellers (Greg Harkin, Irish Indpendent, January 18)