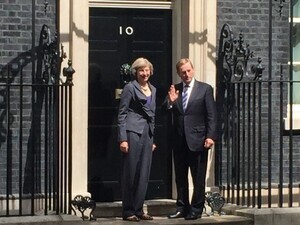 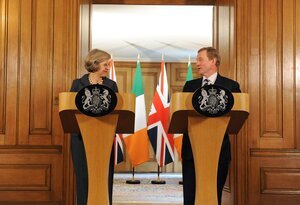 We both recognised that Ireland is the only EU Member State that shares a land border with the UK. We are in agreement that we don’t wish to see any return to the borders of the past on the island of Ireland.

Today’s meeting also gave us the opportunity to have a broader discussion on the common issues of concern in the context of the referendum result such as our close trading relationship and the benefits of the Common Travel Area.

For our part, we have already made very clear our view Ireland is very much committed to staying in the EU. We want the upcoming negotiation process to end with a prosperous and outward-looking UK which retains a close relationship with the EU. This is in all of our interests. 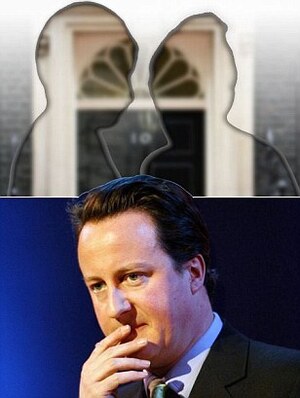 It sounds absolutely disgusting whoever they are.

David Cameron (above) and a Mail on Sunday silhouette of the couple in question.

One senior source told this newspaper last night: ‘This revelation is dynamite. None of us could believe it when we first heard it. Then we just thought, “What a complete mess”.’

The source added that, apart from the political implications, the revelation had caused ‘great personal distress to innocent parties’.

No.10 rocked by secret love affair: ‘Stunned’ PM holds crisis talks over fears tryst will ‘blow political agenda out of the water’ (Mail on Sunday)