Dublin house prices are still not high enough to attract new builders, [Nama CEO Brendan McDonagh] said, even though July figures from the Central Statistics Office showed a 23pc rise in prices across the county.

“People talk about why isn’t there houses being built in Dublin… The reality is, the reason they are not being built is because there really isn’t enough profit for the private investor to invest his capital into it. If prices drop, he mightn’t get his money back. So I think prices will continue to correct.

The chief executive of the bad debt agency added that price rises have meant some properties earmarked for social housing have instead been sold.

Nama made 5,500 units under its control available to the Department of the Environment and Housing Agency, so that they could be used for social housing purposes, in an attempt to address the massive shortage of available properties for people on the housing register.

But just 2,000 of these were accepted, in part because price rises have taken many apartments out of negative equity, allowing debtors to sell them.

Meanwhile, also in the Sunday Independent… 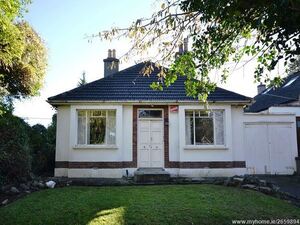 And it’s still going up apparently.

Previously: “The Idiots Behind You Are A Bit Of A Distraction”

A Property Bubble In Dublin? Don’t Be Daft