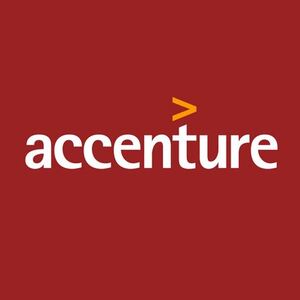 Earlier this morning Fiach Kelly, of the Irish Times, reported that a briefing document sent by Irish Water to the Oireachtas environment committee – ahead of its 2.15pm meeting today with Irish Water CEO John Tierney – shows that Irish Water plans to spend over €80million on consultant or outside contractor costs by mid-2015.

Meanwhile, Brian O’Connell joined Seán O’Rourke on RTÉ Radio One this morning to talk about a 12-week contract awarded to Accenture, one of the first contracts issued in relation to Irish Water, in May 2012.

However, there were issues raised internally about the contract.

Brian O’Connell: “I understand Seán that, at a senior level, some staff were not happy with how some contracts were being issued and awarded and had concerns that procedures, rules and guidelines around that, the May 2012 Accenture contract, was issued as a change to a pre-existing contract. So this is called a change request, and it related to a contract Bord Gáis had, with Accenture for unbundling. And that was part of an EU energy directive. Now unbundling was about separating ownership and operation of gas and networks, from supply of gas. Accenture had done a lot of work, on this separation. But because the sale of Bord Gáis Energy was decided upon, that effectively broke up the networks and the supplies so this May 2012 contract related to the setting up of Irish Water. I understand concerns were raised, at a later stage, around why there wasn’t an open competition held by Bord Gáis in the awarding of this particular contract considering that it did go very close to the €400,000 threshold.”

Seán O’Rourke: “And originally it was a Bord Gáis contract, but which was, if you like, extra work bolted on for the establishment of Irish Water. Now, do we know Brian whether an investigation was conducted? Or what the final amount of the contract was?”

Brian O’Connell: “Well my understanding is that the issue was considered so serious that it was brought directly to the attention of the new CEO Michael McNicholas in May 2013 and that Bord Gáis put across a number of points in defence of the awarding of the contract. An investigation was carried out Seán. The complaint was not upheld. The defence put forward I think, as I understand it, was around the urgency with which the contract had to be issued. And the nature of the work meant that, the company argued, that Accenture was best placed to fulfil the contract. So there are a number of exceptions, where you don’t have ot go to full and open competition. Urgency would have been…”

O’Rourke: “So, these concerns were raised internally, by senior staff, and the investigation was conducted internally as well?”

O’Connell: “As I understand it, and the complaints weren’t upheld. Now this does raise a number of questions. It raises questions around how many contracts may have been awarded under previous arrangements between Bord Gáis and consultants, that would have pre-dated the setting up of Irish Water? It raises questions about why didn’t Bord Gáis go to a full and open competition especially, considering Seán, there was a potential that this contract could go over €400,000, considering that it was so close to the threshold. Bord Gáis were awarded the Irish Water contract on the basis that they had a lot of capabilities in-house.”

O’Rourke: “Yeah, this is something that I think came out very strongly on the [RTÉ] This Week programme, [journalist] John Burke there got hold of a document, a 20-page document which explained that there was a lot of stuff, whether it was about transformation or about technology and billing systems, and so forth, which was already being done by Bord Gáis. They were the guys who knew how to handle this stuff.”

O’Connell: “Yeah, and Bord Gáis were saying ‘look, we have a lot of in-house capabilities here already. We’re best-placed to get this gig because of that. Now, some of the items that Accenture were paid for in this contract included ‘defining plans to design and implement governance plans’, ‘external communications plans’ and what they call a ‘roadmap to deliver IT systems’. Now, obviously I’ve put a series of detailed questions to Irish Water yesterday, asking them things like how long this particular May 2012 contract actually ran for? What the final amount of the contract was? How many subsequent contracts, for example, the company was awarded? And whether these went to full and open competitions? Bord Gáis or Irish Water have said to me that they won’t be making any comment on my specific questions before an appearance by Irish Water executives before the Environment Committee today.”

Separately, this morning Irish Water released a statement saying all contracts awarded by Irish Water and Bord Gáis, in the establishment of Irish Water, are fully compliant  with EU public sector procurement guidelines.