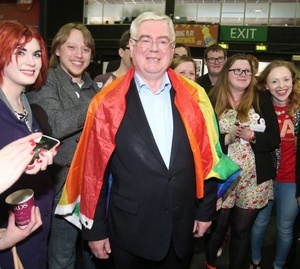 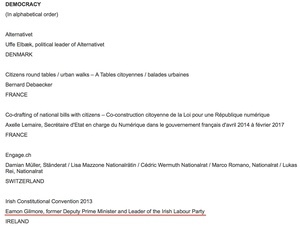 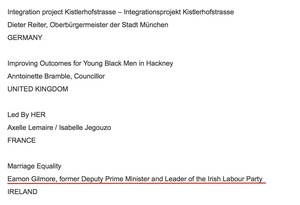 Eighty projects from around Europe have been shortlisted for the Innovation in Politics Awards. Only two of the 80 nominees are Irish projects. Both nominate former Tanaiste and Labour Party Leader for his work on the Constitutional Convention and the Marriage Equality referendum.

The Innovation in Politics Awards 2017 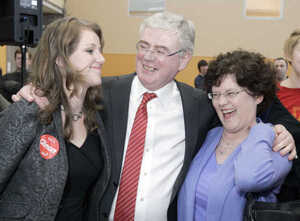 Former Labour Party leader Eamon Gilmore’s wife has been appointed to a major education post with a salary of up to €136,000. Carol Hanney is to take over as CEO of the City of Dublin Education Board (CDETB), just as Mr Gilmore becomes eligible to start drawing from a €2m pension pot on the back of his political career.

The current CEO Jacinta Stewart is retiring at the end of the month – and Ms Hanney has been offered the position without it being advertised externally. The move has led to criticism from one member of the board which rubber-stamped the appointment, who says he was “furious”.

Asked about Ms Hanney’s promotion to CEO, which takes effect on March 1, the Department of Education said it is the result of an agreement reached with the relevant trade union when 33 former VECs were merged into 16 ETBs. 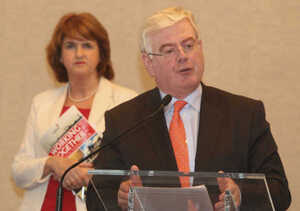 “They knew very well that they were destroying the Labour Party and with it the honourable social democratic tradition it represented. They decided to do it anyway.”

“…It has taken just three years for Sinn Féin to turn the logic of what Labour did in 2011 into stark electoral numbers. They are quite staggering: in 2011, Labour’s vote was twice Sinn Féin’s. In 2014, Sinn Féin’s was nearly three times Labour’s…” 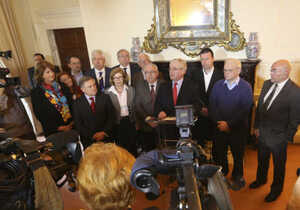 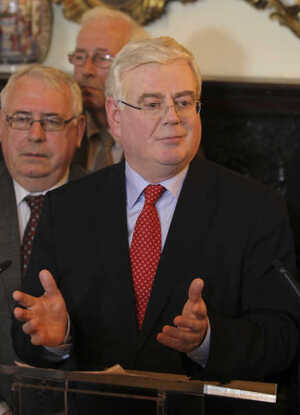 “At 10.30 am this morning, I informed the General Secretary of the Labour Party that I intend to stand down as Leader of the Party, with effect from the election of my successor.
I have asked that the Executive Board of the Party immediately make arrangements for the election of a new Leader of the Labour Party before the end of this Dáil term.
I have had the honour and privilege to lead the Labour Party for seven years.
In 2011, following our most successful ever General Election result, I asked the party to take on the responsibility of Government during the worst economic crisis in the history of the State.
I did so because I believed then, as I do now, that as citizens, and as a party, we had a duty to put the country first. To address the crisis, to get out of the bailout, to reverse the loss of employment, to get the economy to recover, and to do so in as fair and just a manner as humanly possible.
I still believe that was the right decision, and I am proud of the progress we have made in achieving those objectives.
But it was a course which carried a high political risk, and Labour has paid the price for that in the local and European elections. I deeply regret the loss of good public representatives and the defeat of outstanding Labour candidates last Friday.
I have already spoken of the necessity for renewal. The Party and the Government must move on to a new phase and look to the future. Where we have had successes, we must build on them. Where we have fallen short, we must do better. Where new problems are arising, we must find solutions for them. We must, and we will, continue to put the country and the needs of the Irish people first. And in doing so, we must hear, heed and act on the clear message we received last Friday.
There is work to do, and I intend to be part of it, but I believe that the work of renewing the Party is best done under new leadership.
I wish to thank all the members of the Party, all of our public representatives and candidates, the Party Staff, and especially my own staff, who have worked so hard with me and for me over the past seven years.
As I have said many times, I am immensely proud of the courage shown by those members of the Labour Party who, over the past three years, put their country first. Who recognised that real politics is about finding real solutions, and who put loyalty and country before everything else. It has been an honour to lead you, and I look forward to working with you for a long time to come. Thank You.”

Tánaiste Eamon Gilmore announcing his resignation as leader of the Labour Party in Iveagh House, Stephen’s Green, Dublin this afternoon.

“I thank him for his outstanding service to the country as Tánaiste and Minister for Foreign Affairs and Trade over the past three years. Eamon Gilmore and the Labour Party have been courageous in making the collective decisions that have pulled Ireland back from the brink of economic collapse and put the country on the path towards recovery.
As Minister for Foreign Affairs, he has also been pivotal to the restoration of Ireland’s international reputation which has been crucial for investor confidence and job creation.
On a personal level, the Tánaiste and I have worked very well together in managing the work of government. He is a man of integrity, courage and conviction. He has assured me that the Labour Party remains fully committed to providing stable government, and to the completion of our mandate to fix our public finances and to create jobs for our people.
I wish Eamon Gilmore and his family well for the future and look forward to his continued contribution to the rebuilding of Ireland.” 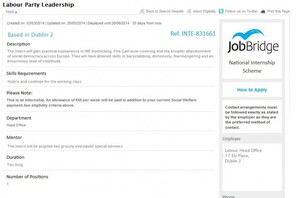 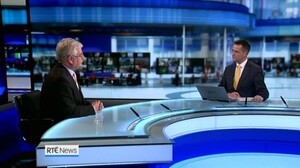 Labour party leader Eamon Gilmore spoke to Aengus Mac Grianna on this evening’s Six One News in light of Labour’s performance in the local and European elections.

When asked about his leadership he said:

SHOW ME THE WAY TO GO HOME, I'M TIRED AND I WANT TO GO TO BED, #le14 pic.twitter.com/Jqh6VxpAsI

Previously: When You Say Nothing At All 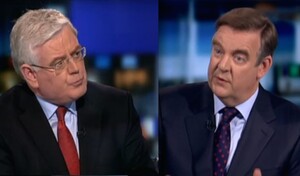 Labour leader Eamon Gilmore went on RTE’s Six One last night to attempt to address concerns about his future and the prospect of a wipeout for his party in Friday’s Local and European elections.

Bryan Dobson: “Tanaiste, since the last Local Elections, I think it’s true to say that you’ve lost 20 or more local councillors who have left the Party. You’ve lost four of the TDs who were elected at the time of the last Election, and a bye-election since then. You’ve lost an MEP, who’s running now as an Independent, and one of your outgoing MEPs says that she doesn’t think you should be leader of the Party. What’s going on in Labour?”

Eamon Gilmore: “You know, it has been a difficult three years – but there are times when you have to take decisions that are in the best interests of the country – and that is what the Labour Party has done. That is why we are now recovering – and that is why, on Friday… Friday is about electing the people that will run our city and county councils and electing the best people who will represent us in Europe.

Dobson: “Why should people… how can they have faith in Labour, when so many of your own party members and elected party representatives don’t have faith in you?”

Dobson: “… We’ll find out who the candidates with many different views are on… Just a final question in relation to a bad result in the Local Elections – how worrying would that be in your organisation, as you face into the next General Election, if you were to lose, as the poll suggests today, up to half your seats?”

Gilmore: “No, I don’t think that that will be the case at all. I think that when it comes to the economy – I think that people will go out and will want to see Labour Councillors who deliver good local services who can be relied on to make good planning decisions – who are not in anybody’s pocket, who are not not representing any vested interests, but the public interest – and the same in relation to the European Parliament elections, so we send our best people and the best Labour candidates into Parliament, to be part be of the Socialist and Democrat Group and hopefully to elect a new President of…. (talk over each other)

Dobson: “Just a final question about your own role in relation to the upcoming re-shuffle – I mean… members of your own Party – your own Chairman has been saying you need to come back and take on a domestic role and focus on recovering Labour’s electoral and political positions?”

Gilmore: “That’s not about the job I hold in Government, or about any other job that anybody else holds in Government – what this Government is about, is about creating jobs for the people who don’t have jobs,or people who have gone abroad and who would like to come back and work in this country.”

Dobson: “We won’t get that just yet, perhaps? Tanaiste, thank you very much for joining us here this evening.” 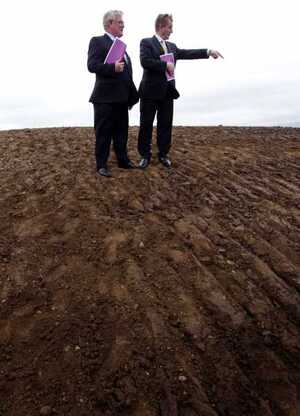 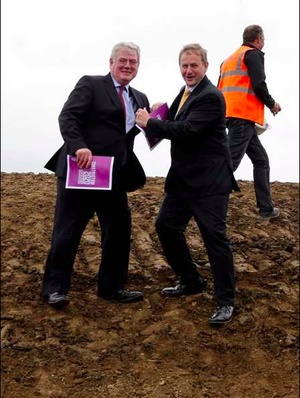 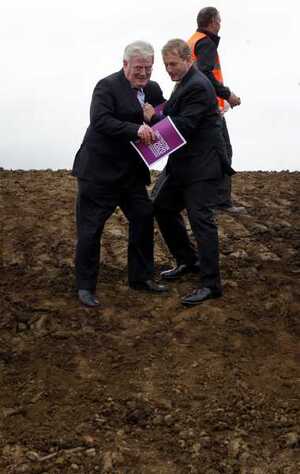 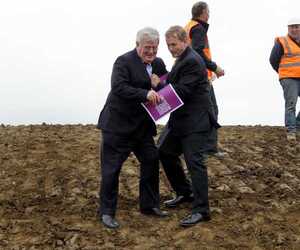 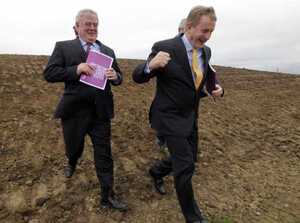 Enda Kenny (right)  and Eamon Gilmore  launching ‘Construction 2020′, a strategy for a renewed construction sector’, today at the National Sports Campus in Abbotstown, Dublin this afternoon.

It’s only a slippery caption competition when YOU say so. 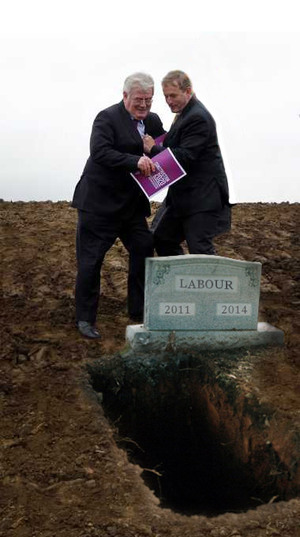 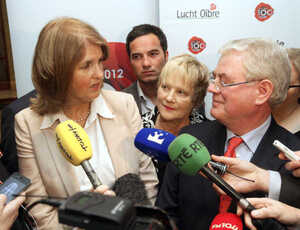 Ms Prendergast said she believes Joan Burton should be the next leader of the Labour Party and that the time had come to take “urgent action” within the political party.
…
“I think it needs a change in the direction and a change in the leadership and that will be positive for the Labour party,” she added. 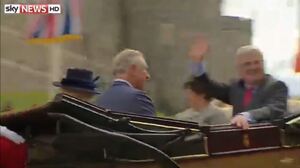 Or something more Germanic?

“Familiar and comfortable and yet what seems so ordinary, is on this occasion extraordinary”