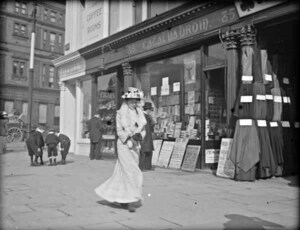 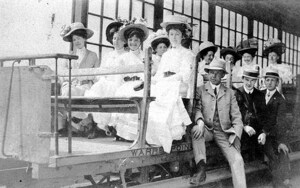 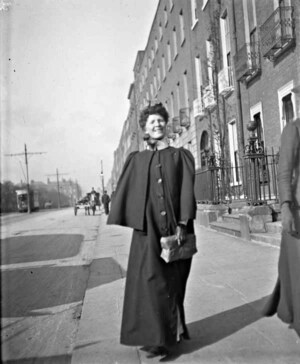 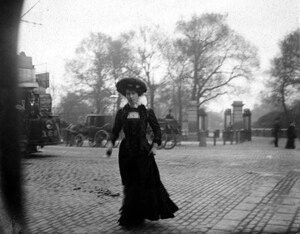 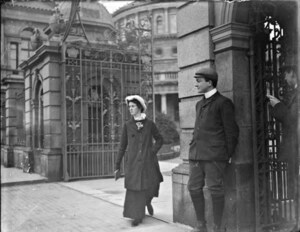 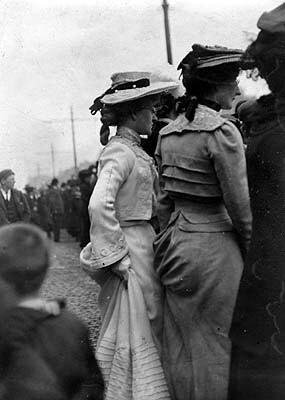 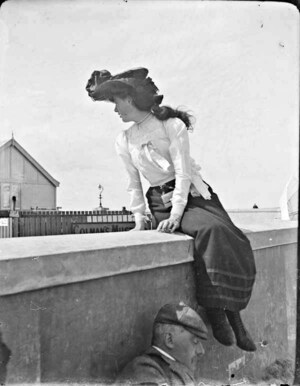 Edward Linley Sambourne was an Edwardian gent who liked to photograph prosperous London women as they walked along the street. Was he the Sartorialist of the 1900s or did he just like a pretty ankle?  No one can quite decide.
His photographs are in the possession of the Royal Borough of Kensington and Chelsea Public Library, who have been publishing them online over the past few months.Yesterday, the Daily Mail featured some of the photos to much admiration.
I thought I would have a look at our National Library website to see how Irish women of the same period compared. I think we look well better than those London hussies.
Above are images  of smart Dublin ladies from around the time of Leopold Bloom (see if you can spot the locations). Most of the Dublin photos are by medical doctor John J Clarke (1879-1961)
Pretty Irish girl (pic 3) is a nurse (probably from the old St.Vincent’s Hospital) and pretty Irish girl (pic 5) coming out of the National Library is wearing a orthopaedic shoe.