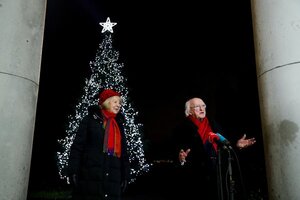 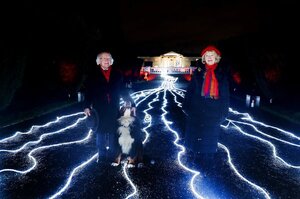 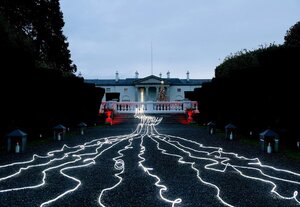 President Higgins and Sabina turned on the Christmas lights at Áras An Uachtaráin linking the decorations with the light that “always shines for the global Irish family”.

The company which operates the flow of electricity on the national grid has said the all-time record peak demand for supply, dating back to 2010, has been broken twice in the last seven days.

Eirgrid said the final shut-down today of the first of two peat-burning power stations in the Midlands has been factored into their projections for supply and demand in 2021.

But the company has warned of the risk of electricity deficit situations arising in the coming months. 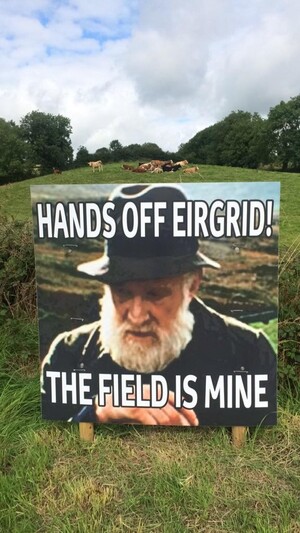 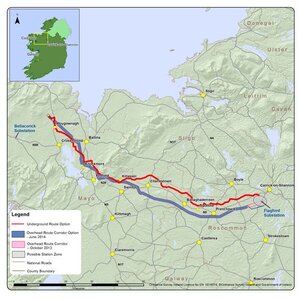 In response to pylon opposition.

The “preferred route” of a possible underground EirGrid cable running along the existing road network from north Mayo to Flagford in Co Roscommon.

“EirGrid has said the cable would run between Crossmolina and Ballina, down the east side of Lough Conn, northeast of Foxford and north of Charlestown, Ballaghaderreen and Frenchpark to the Flagford substation area, southwest of Carrick-on-Shannon. The company plans to hold public meetings in towns along the route next month. Both overground and underground options will then be reviewed by the Government appointed independent panel, before any further progression of the Grid West project….”

Pic via The Grid West Project