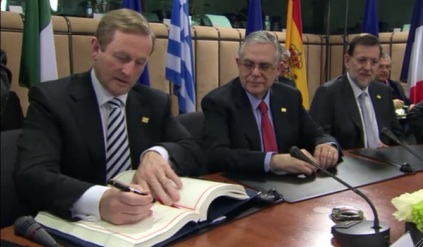 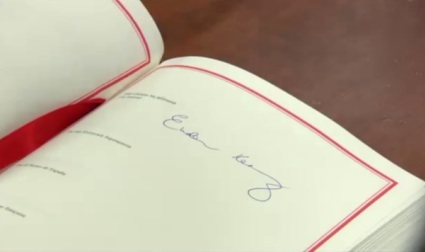 What? No smiley face? 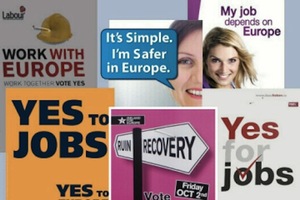 Ah, feck it, it’ll make no difference. Even if Ireland votes against the FU Treaty, it’ll be imposed anyway. It’s what happened when the country voted against Nice in 2001, and against Lisbon in 2008. Brussels won’t take ‘No’ for an answer.

Why Ireland should say FU to the FU Treaty (Daniel Hannon, Telegraph)

While the new treaty appears to enjoy more support in countries such as Germany — where famously frugal taxpayers have been heavily tapped to bail out Greece, Ireland and Portugal — in Dublin and elsewhere, opponents say they see their sovereignty at stake.

“I don’t think the Irish feel we have any sovereignty left anymore,” Shay Moran, a 41-year-old unemployed semiconductor engineer and treaty opponent, said recently at Dublin’s Gravediggers pub, where Irish revolutionaries once plotted against British rule. “All I see is [German Chancellor Angela] Merkel wielding a big stick and telling us what to do.”

An Irish “no” would not block implementation of the fiscal treaty, as it only needs the backing of twelve euro area countries to come into effect. But a rejection of the fiscal compact would have serious financial and economic consequences. For one, it would mean that Ireland does not qualify for future financial support from the European Stability Mechanism, the euro zone’s bailout fund, since access to the ESM is conditional on ratification of the treaty.

This Time Is Different (The Economist)

Dublin will hold a referendum on the eurozone fiscal pact, plunging Europe into months of uncertainty and potentially placing a question mark over Ireland’s membership of the euro…
…A no vote would mean Ireland was not eligible for funds from the European Stability Mechanism, the eurozone’s new bail-out fund. The pact can enter force with the support of 12 of the 17 countries that use the euro, effectively removing any single nation’s veto over the accord. Michael Noonan, finance minister, warned in December that a referendum on the treaty would effectively be a referendum on euro membership.