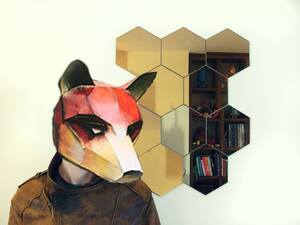 01. Extra Fox is the nom-de-plume of Dubliner Neil Adams, formerly of many outfits, most notably the at-one-time much-fancied The Cast of Cheers.

02. Last week saw the release via Soundcloud of new single Lunar Float (streaming above), a beatsy track that plays with acoustic strings, handclaps, and an array of synths in looping, building fashion.

03. The project had its live debut last year, with support slots for fellow Cast of Cheers spinoff All Tvvins and Dublin outfit Sleep Thieves occurring after a string of singles going up on his Soundcloud.

04. It’s a tad more restrained than previous single Palm of Gold, mastered by Mati Schwarz (All Tvvins among others), an upbeat piece that marries a definite pop sensibility with biting vintage synth sounds.

Verdict: There’s much here to love for fans of electronica and Adams’ previous projects, but also taps into a rich vein of pop sensibility, providing further intrigue for math-rock nerds and casual listeners alike.