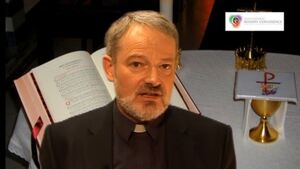 A Dublin priest has been appointed Bishop of Elphin in the midlands and west of Ireland.

Kevin Doran, 61, was named by Pope Francis to succeed retired Bishop Christopher Jones at the head of the diocese.

“His advocacy and championing of the right to life of the unborn child, and his work in promoting vocations to the priesthood, are but two of the many talents and gifts which Bishop-elect Kevin has shared during his priestly ministry for the good of the Church and of our society,” the Cardinal said.

Is this the same Father Kevin Doran, who according to the Irish Independent delayed the treatment of lung cancer patients at Dublin’s Mater Hospital because female patients who could get pregnant would have to take contraceptives under the treatment?