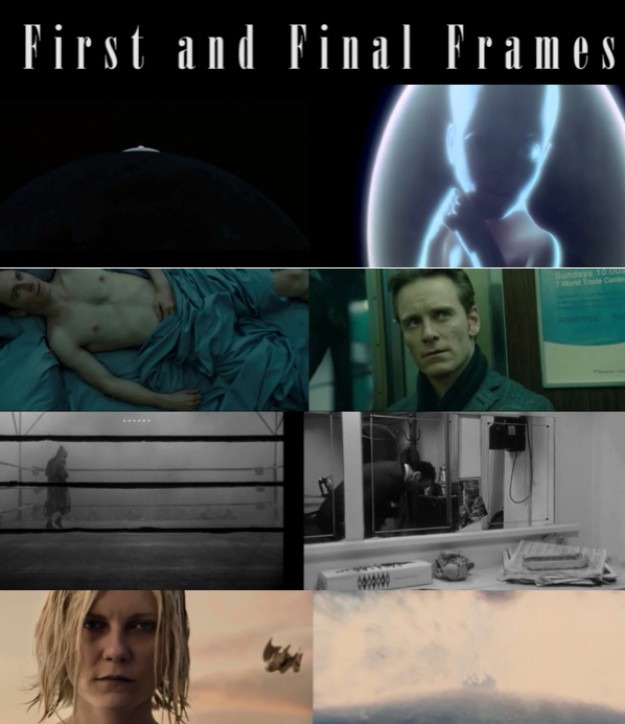 An intriguing side-by-side juxtaposition of the first and last shots of fifty five films by Jacob T. Swinney set to ‘Any Other Name’ by Thomas Newman. To wit:

What can we learn by examining only the first and final shot of a film? This video plays the opening and closing shots of 55 films side-by-side. Some of the opening shots are strikingly similar to the final shots, while others are vastly different–both serving a purpose in communicating various themes. Some show progress, some show decline, and some are simply impactful images used to begin and end a film.