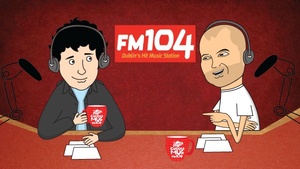 They ruined the surprise (revealing Ed Sheerhan is to play Croke Park) for EVERYONE.

“Despite getting a phone call from FM104’s CEO Margaret Nelson confirming the embargo last night, the guys didn’t take it seriously enough.

“After a difference of opinion, Programme Director Dave Kelly went into the studio at 9am and told the presenters that due to the seriousness of their actions they would be suspended until further notice.

“The presenters have been asked, however, to facilitate their car giveaway final with Volkswagen Ireland tomorrow morning. Disciplinary action will be taken, but beyond that FM104 cannot confirm details.”

And you though you had problems.

Think I could be in trouble now…just told a listener on air to go F**k herself, when she said she’s making a complaint about me! Oops!!! 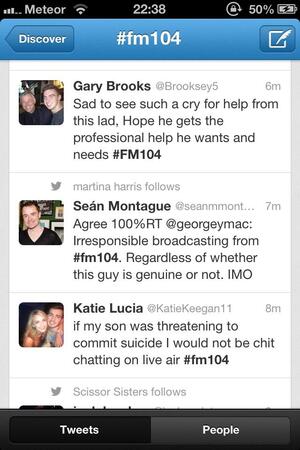 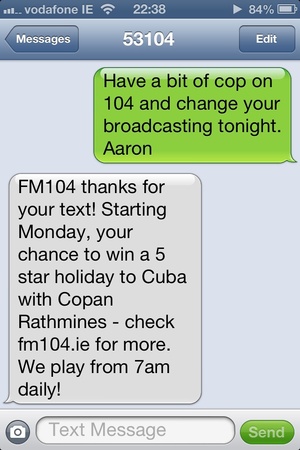