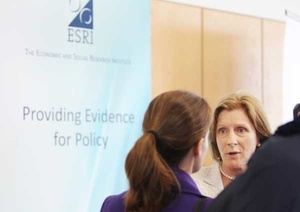 ESRI director Frances Ruane (pictured this morning) and social protection minister Joan Burton both insisted there was no political pressure on the body to withdraw the report.