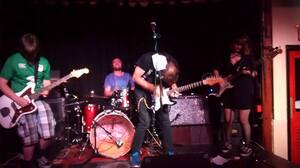 Cruiser – fuzziness and pop from Limrock

02. Coming together in 2014, the band settled on a solid line-up in 2015, and have since been a solid presence on Limerick gig bills, sharing stages with The Altered Hours, Windings and Rats on Rafts among others.

03. Streaming above is the HOT 4U E.P., released in May of this year. Available for free/name-your-price download along with the rest of their tunes on Bandcamp, including a non-loathsome take on Fairytale of New York. In fairness, etc.

04. Catch them next at Dolan’s in Limerick on Stephens’ Night, as part of I’ll Be Home for Christmas, a big, feck-off wedge of Limrock for holiday returnees, also including Windings, FONDA and Slow Riot.

Verdict: Immediately likeable, earnest music, slathered in fuzz and feedback, with a notable (and much-needed) lack of notions. 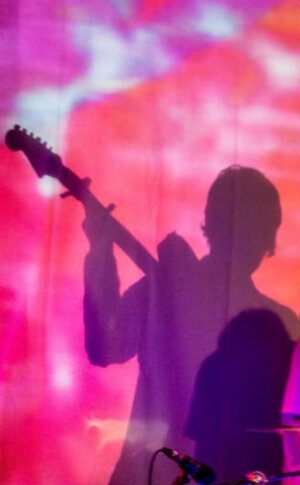 02. Led by vocalist/guitarist Stevie Moonboots, a solo recording project took a transcontinental move to be fleshed out into a functioning band, but the last year has seen exponential growth, including monthly single releases throughout 2016, and consistent gigging around their new home territory.

03. Streaming above is the band’s last single of the year, Fizzy Orange, available for streaming and download at their Bandcamp.

04. Home for the holidays, and gigging around Ireland post-Xmas, including the 28th, alongside the Urges at Dublin’s Grand Social for the Retro Revival Indie Club; the 29th, at the Kino in Cork with The Sunshine Factory, Oh Boland! and more in support; and the 30th in Derry’s Sandinos Bar, with local boys Asimo’s Understudy.

Verdict: A madcap rush through a whole musical idiom, from minor-key shoegazing and psychedelic walls of sound to retro-pop keys and four-to-the-floor indie-rock stomping. A treat for those what wants it.