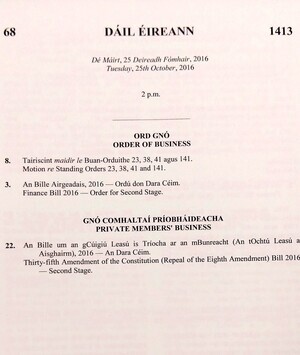 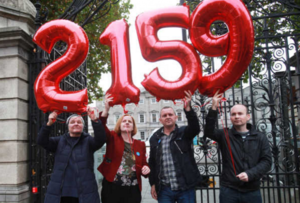 Ahead of the debate on the AAA-PBP private members’ bill to repeal the 8th amendment this evening from 8pm, and a rally outside Leinster House at 5.30pm in relation to the same…

The Government has agreed to reject it, and it has released the following statement…

There are differing views within the Government on the substantive issue of the 8th Amendment of the Constitution.

The Government is moving this Reasoned Amendment because this Bill pre-empts the work of the Citizens’ Assembly, the agreed, independent process set out in the Programme for Partnership Government for dealing with this issue and approved by both the Dáil and Seanad.

The Citizens’ Assembly is currently deliberating on the 8th Amendment as its first topic and is expected to deliver its Report on the issue in the first half of 2017.

The Government will then immediately refer the Report to a Special Oireachtas Committee which will be asked to respond to the deliberations and recommendations of the Citizens’ Assembly within six months.

The Government will today ask the Business Committee to set in train the preparatory work necessary for the establishment of this Committee, including its structure and work programme, in order that the Committee will be in a position to commence its work without delay once the Citizens’ Assembly delivers its Report on the 8th Amendment.

The Government will not adopt a collective policy position for the Committee deliberations and all Government deputies will be free to promote their own policy objectives during that process.

The Government has agreed that, when a decision is being made in the Dáil on the outcome of the Citizens’ Assembly and Special Oireachtas Committee processes, all members of the Government, and all deputies supporting the Government, will exercise their votes freely in accordance with their consciences.

Fine Gael also acknowledges, more generally, that its Independent colleagues in Government are not subject to a party whip and that, on matters which are not addressed either in the Programme for Partnership Government or by decisions of Cabinet, they will continue to exercise a free vote.

“Delete the words after “That” and substitute the following:

“Dáil Éireann declines to give the Bill a second reading in order that the Citizens’ Assembly, established by Resolutions of Dáil Éireann and Seanad Éireann, may conclude its deliberations on the 8th Amendment of the Constitution, which is the subject matter of this Bill, and report to the Oireachtas in the first half of 2017.” 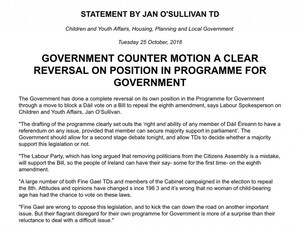 From the Labour Party. 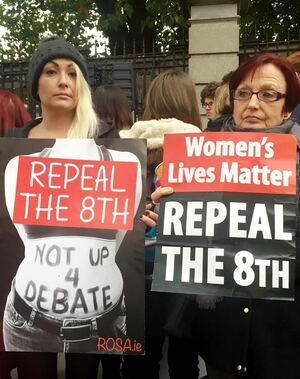 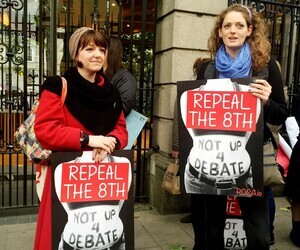 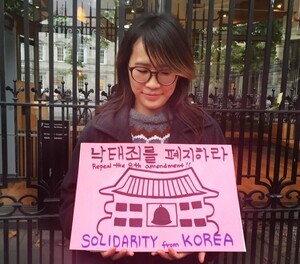 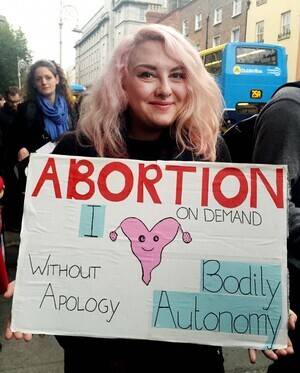 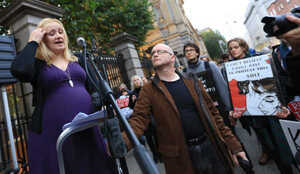 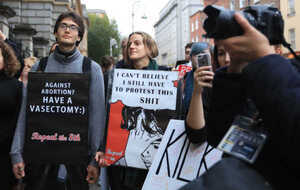 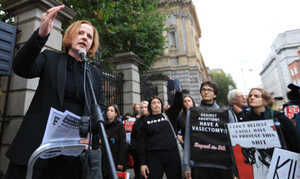 Scenes outside Leinster House where AAA/PBP TD Ruth Coppinger (pic 7)  and Nine month pregnant Helen Guinane (pic 5) of AIMS [Association For Improvement Of Maternity Services) call for a repeal of the Eighth Amendment.