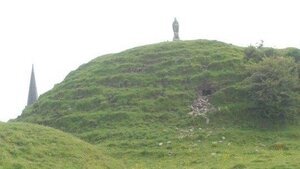 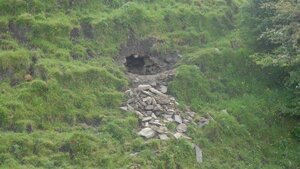 Gardaí are investigating the damage done to Granard Motte after a metre-wide hole was dug in the base of the structure in a possible attempt to steal from the site.

There are several myths attached to the national monument, with rumours that a castle or vast amounts of treasures are concealed within its hollow centre.

But, according to Granard Postmaster Pádraig McNamara, the chances of the perpetrators finding any buried treasure inside the well-known Granard heritage structure are slim.

“There’s nothing there that I’ve been aware of,” Mr McNamara told the Longford Leader on Tuesday morning.

“I don’t really know what is inside the Motte. I know excavations have been done before and, if there was anything there, it would have been excavated.”