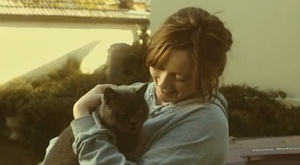 Here is a trailer for a new short film I produced with award-winning short film maker Ged Murray. It’s a horror comedy about a killer cat and stars Diet of Worms; Amy Stephenson and Shane Langan along side the internet cat Lila Leslie, of the Monaghan Leslies. The full film will be screening at the Corona Fastnet Short Film Festival in Cork next month. You might like it.