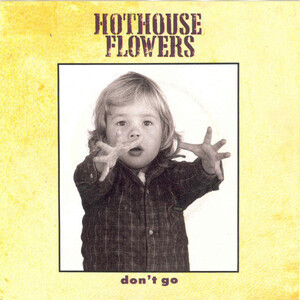 Is the smell of fresh cut grass filling up your senses?

There will be a celebration on The Ray D’Arcy Show this Saturday night, as the Hothouse Flowers join Ray to mark the 30 year anniversary of their hit ‘Don’t Go‘. Released in 1988, the album ‘People’ was one of the most successful debut album in Ireland. The band will join Ray in studio for a special performance and a look back through their song book.

Sr. Stan will be in studio to tell Ray about her lifelong battle against social inequalities and her thoughts on the future of the Church as she marks her sixtieth year of religious life.

And model Alannah Beirne and her rugby star brother Tadhg will drop by to chat to Ray. Alannah will reveal how she’s feeling facing into the first week of the dreaded dance off on Dancing with the Stars and Tadhg will discuss his flourishing rugby career…

The Ray D’Arcy Show this Saturday at 9:45pm on RTÉ One. 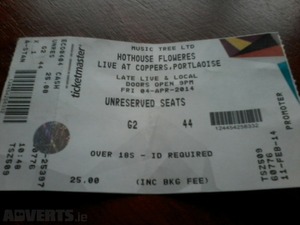 Are you sure you have your ticket?

Over on Adverts.ie, Sellmystuff is trying to locate the owner of a ticket that’s been found.

“Hey I got this off another person off adverts, she found this ticket in Portlaoise and tried her best to find the owner (rang Ticketmaster and the venue) but she got no luck. It’s for tonight if anyone is interested at Coppers in Portlaoise.”