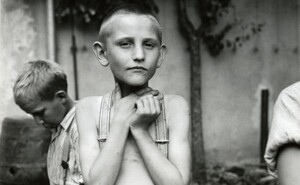 The practice of “fostering out” children as cheap labour on farms and in homes where they were often subjected to neglect, beatings and sexual abuse began in the 1850s and continued into the second half of the 20th century. By comparison, our own brutal institutional internment of orphans and the vulnerable children of the poor seems almost benign.

Swiss are coming to terms with the legacy of ‘contract children’ seized from single mothers (Patrick Smyth, Irish Times)