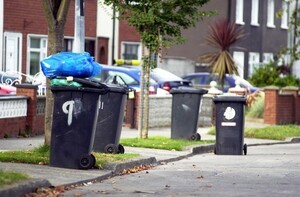 Independent councillor Seamus Morris has taken issue with Tipperary County Council over its plan to ask people how they dispose of their domestic refuse.

“I fought tooth and nail to stop a waste collector who serviced people with small amounts of waste and who went to areas that waste collectors didn’t service from losing his licence. He was put out of business,” he said.

Cllr Morris said that the operator had collected mainly from the elderly and in apartment blocks [and that] that most of these people were managing their waste properly and did not justify paying for the bigger waste collectors.

The new powers will allow for an “intelligence-gathering” system whereby licensed kerbside bin collection companies will pass on the Eircodes of paying customers to authorities.

A database will then be used to pinpoint neighbours with no known waste-collection service.

Hugh Coughlan, regional co-ordinator of the Eastern Midlands Regional Waste Office, expects about 80,000 households across Ireland will be identified, “a significant minority who are outside the system”.

“It is unclear what they are doing with their waste,” he said.