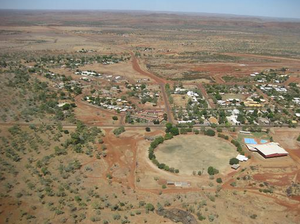 An Irish backpacker has been charged with hiding the body of her newborn while travelling in a remote part of Western Australia. The 25-year-old was charged with “concealing the birth of a child that died before or after birth”, WA police said.

The law requires all births to be reported, even if the baby has died of natural causes.The woman had been travelling through the Kimberley region with friends and had not realised she had fallen pregnant, police said.

She gave birth one night in May, while at home alone in the town of Halls Creek.

She appeared in court in Kununurra at the end of last month, when the case was referred to Perth, and she is due back in court later this year. The charge carries a maximum penalty of two years in jail.

It is understood the woman has had to remain in Perth while the court case proceeds.