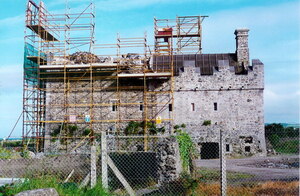 “In 1736 Captain Vernon, then sheriff of the County of Dublin, being directed to give possession of the castle of Bremore to Mr Tummon, was opposed by Captain MacCulloch and his dependants.Fifty shots were exchanged, but without slaughter, at last the ammunition of the castle being spent, the beseigers drew near, made a breach and took the garrison prisoners; but McCulloch, his wife and one O’Neill having retire to a garden-house necessitated another attack until they also were captured, and with the rest brought prisoners of war to Kilmainham Gaol.”

From D’Alton’s ‘History of the County of Dublin’ 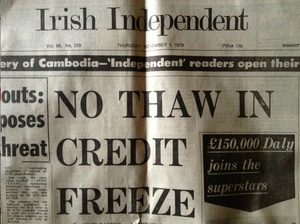 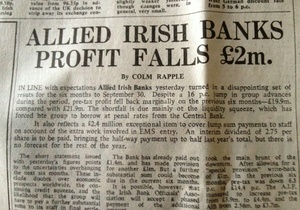 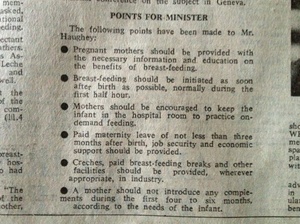 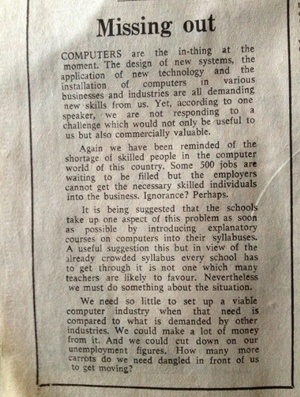 It was the breast of times.

In an old cottage in an island off Mayo I found a copy of the Irish Independent, dated November 1, 1979. Was great fun to thumb through and see what was making the news then.

And of course the funniest thing is how little things have changed.

Of course the front page story is about a financial crisis, and we have the headline inside that AIB’s profits fell a full (shock, horror) 2 million pounds.

There’s an editorial on the skills gap – not enough people to work with computers, which are “the in-thing at the moment.” The editorial deplores inadequate second level education in computers. This is 33 years ago, and computing education in Irish schools remains poor. I wonder if we’ll still be deploring the state of IT education in another 33 years?

Another unchanging crisis – the WHO [World Health Organisation] were in town 33 years ago warning Ireland about its low levels of breastfeeding. Today, Ireland still has one of the lowest rates of breastfeeding in Europe, which has been linked to many health problems.Then-Minister for Health Charles Haughey didn’t get that one sorted then.

How many of the WHO recommendations have been implemented? Could they come to town with the same wish list again? 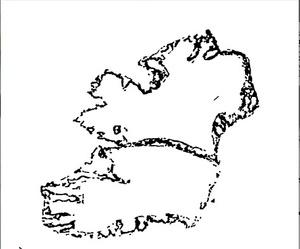 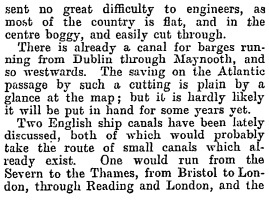 The  proposal, made on a number of occasions in the 19th century, for a canal from Dublin to Galway through which transatlantic steamers would travel on their way to Europe.  Had it gone ahead, it would have been the Irish version of the Panama canal, severing the country in two.  It never happened, possibly because it was quicker for the ships to go the longer way round than to stop at every lock… 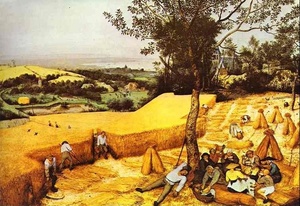 In the final years of the 13th century, Ireland settled into a few years of relative calm after what had been a period of chaos, war and famine known as “the time of disturbance” in 1295.

Famine had been more frequent through the late 13th century. They were usually caused by bad weather which resulted in poor harvests. Such poor harvests in turn resulted in less work at the harvest, something many peasants depended on. However in 1299 the weather was unusually good, improving the harvest  and it appears labourers took advantage of the increased demand for work.

” having heard a complaint of the communities of divers counties, for that servants, ploughmen, carters, threshers, and other their servants refuse to serve about the services for which they were accustomed to serve, on account of the fertility of the present year”

Peasants in the medieval period worked for fixed wages or alternatively many had to work a specific amount of days which for the lands they rented. It appears across Irleand in 1299 in several counties they now tried to renegotitae these conditions.

‘The Corn Harvest’  by Bruegel. 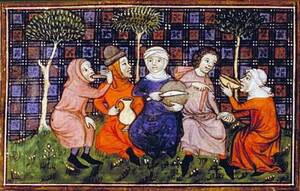