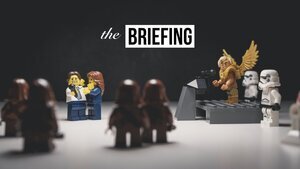 The White House Press Secretary has shared a video of the Jim Acosta altercation that many believe was doctored.

We take you through it frame by frame. pic.twitter.com/sz892xk4bq

[CNN’s Chief White House Correspondent Jim] Acosta has had his White House credentials revoked after engaging in a fiery exchange with Donald Trump during a press conference after the mid-term elections [yesterday].

Acosta asked Trump about immigration and Trump refused to answer Acosta’s questions, repeatedly telling him to sit down. Acosta initially refused to relinquish the microphone to a female intern and the White House Press Secretary Sarah Huckabee Sanders later tweeted that Acosta had placed his hands on the young woman.

This is a lie. https://t.co/FastFfWych