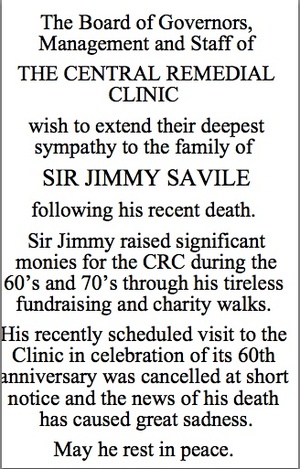 Mr Savile visited Ireland annually between 1968 and 1981 to lead fundraising walks for the Clinic.

The Times’ Irishman’s Diary, of 2nd May1968, records Mr Savile’s first official visit there as follows:

‘”Yesterday’s visit to the Clinic’s present headquarters in Goatsown was undoubtedly the highlight of the week for its staff and patients… Mr Savile had hardly descended in floral splendour from the white Rolls Royce in which he arrived before a small girl with a leg in calipers grabbed his hand. “The Duchess” remarked somewhat redundantly that Jimmy was marvellous with children. “The Duchess” by the way is Mr Saville’s 83 year old, ever active, ever alert and very tolerant mother. Yesterday she followed with others while Mr Savile took the Clinic by storm, making children and adult patients laugh helplessly and bestowing a kiss on every adult female whom he chanced upon. .. Luncheon… was climaxed by the cutting of an enormous and maginficent cake... the cutting was carried out by Mr Savile and a somewhat distrustful nun whom Mr Savile had earlier assailed with dire warnings about the likely reaction of higher ecclesiastical authorities to her association with a person of his type. Her mistrust, turned out, to some extent to be well placed. With the knife poised, ready to cut the first slice of cake, Mr Savile turned to her. “Repeat after me” he said, and waited dramatically admist an expectant hush, “…Mea culpa”‘.

Mr Savile’s visit to Ireland took on a less humorous note when the Evening Herald, a former co-sponsor of the walks, reported in 2013 that some of his remarks had made other participants in the walks feel less than comfortable.

Tomorrow sees the publication of a new biography of Savile “In Plain Sight: the Life and Lies of Jimmy Savile” (Guardian review here). 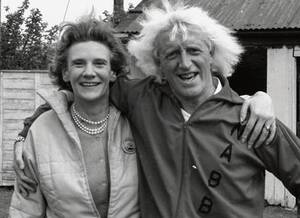 And what, if after Jimmy dies, all these rumours or similar stories form part of his legacy?
“Bollix to my legacy. If I’m gone, that’s that.”
Yet claims that Jimmy Savile was a necrophiliac or paedophile might even now sour the minds of fans who are children. Or were, when they first heard his name.
“Grown ups can be kidded but as with these people here in the Central Remedial Clinic kids can’t be kidded,…They smell the truth, they sense it. If any of those stories were true they’d know it. And I have to say that all the things I’ve done in my life including Top of the Pops have got to be worthwhile to allow me to sit here today. And be accepted by these children who have such crosses to bear. In that sense, whatever is said after I’m gone is irrelevant.” 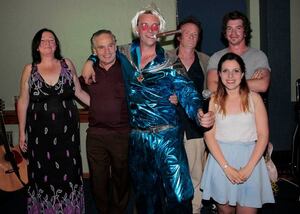 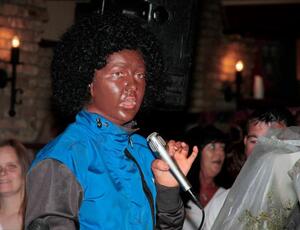 Is there ANYTHING they won’t do for the craic?

Not sure if you are interested but the Wicklow Regatta [Until August 5] has some interesting choice of performers for the singing pubs in Wicklow Town and Rathnew this year…. 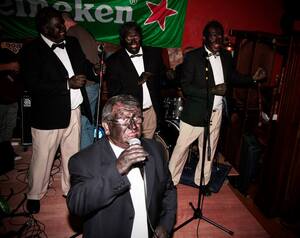 A poorly-applied blackface showband at another Regatta party (location unknown). 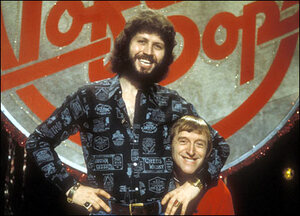 Savile and the ‘Hairy Cornflake’ in happier times. 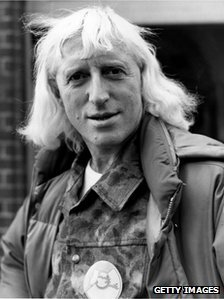 Must have a new album out. 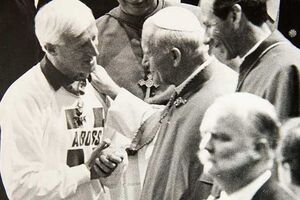 Pic via The Mirror 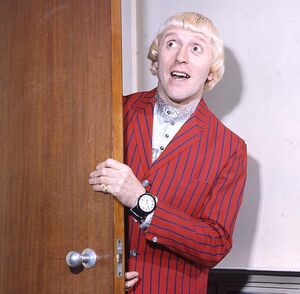 Ever since the Jimmy Savile scandal broke, the one question that has been asked but never satisfactorily answered is how he got away with it for so long. Warren Ellis has recounted a conversation he had in the late 80s/early 90s about tabloids, celebrity scandal and Jimmy Savile.

This person had, I think, just finished telling me about the special Vault kept at The Sun newspaper, where they put all the stuff about “celebrities” that they can’t print but might like to use one day. They’d pay off the people who brought these things to them – the one example I remember was a guy who’d bought a flat from a TV presenter and, upon moving in, found explicit Polaroids of said TV presenter stuffed behind a fitted wardrobe, and, like any scumbag would, took them to The Sun to sell – and put the materials in the Vault. The cover story about the Vault was that The Sun were protecting our beloved celebrities from themselves. But everyone knew what the Vault was really there for.

My drinking companion had, I think, just finished telling me about this – unless that was someone else, some other time, because, hey, drunk – and, after another drink, said, “and then there’s Jimmy Savile.”

The unnamed source goes on to detail the rumours that are now in the public domain (paedophilia as well as necrophilia). With so many stories swirling around him, how did Savile continue as if there was nothing amiss?

“Go on, then. Now you know about Jimmy Savile. What’re you going to do about it? Knowing that you’re going to cut off tens of millions to, for argument’s sake, a children’s hospital if you shop the bastard. Ignoring for a moment that he’s also probably been shagging kids in a BBC broom closet since 1964 and everyone’s been saying ‘Oh, that’s just Jimmy and his funny ways.’ Ignoring for a moment that he did those ‘This Is The Age Of The Train’ TV ads for the fucking Government. Ignoring what it’d do to the families of the dead, let alone the alive. Ignoring that he’s met the Queen, he’s odds-on for a fucking knighthood, he visits Thatcher at Chequers every New Year’s Eve and everyone your age still fucking deifies him because of Jim’ll Fix It. The charity work that buys him access to kids alive and dead also saves thousands more kids every year. What’re you going to do?”

What would you do?

Jimmy Savile and the Price of Silence (Warren Ellis, Vice) 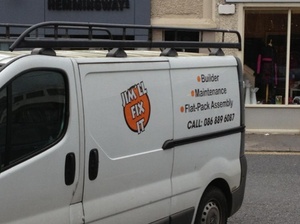 May be time for a rebranding…