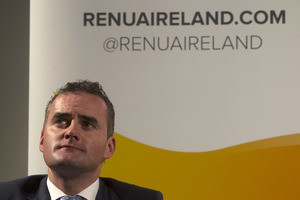 “The background is that I was a manager over a team that prepared 3 years to for an election and we got nobody elected.

“Do I spend another two or three years at? I haven’t made an impression in three years. Maybe the message I have is not the change that people want,” Mr Leahy said.

He informed a meeting of the party’s executive last night that he intends to return to the independent ranks of Offaly County Council. He has already struck a deal to support Fianna Fáil in his local authority and will be Leas Cathaoirleach for the next 12 months.

‘I haven’t made an impression in three years’ – John Leahy stepping down as Renua leader (Independent.ie, Kevin Doyle)