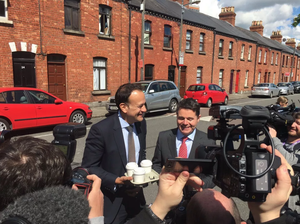 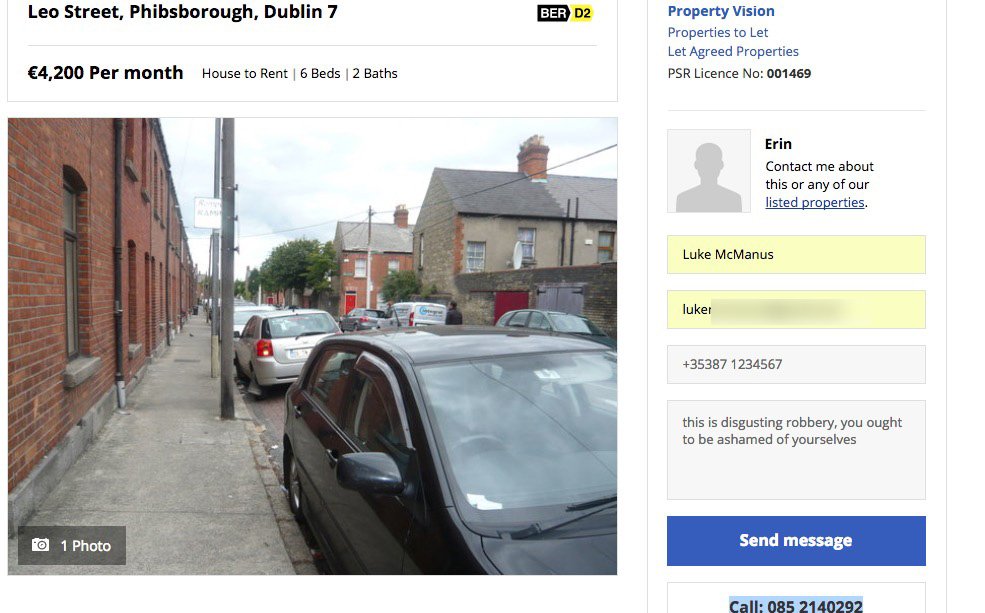 From top: Leo Varadkar and Paschal Donohoe launches his campaign for leader of Fine Gael on Leo Street, Dublin 7  with coffee and cupcakes for journalists in May; an ad for a house on Leo Street currently on Daft.ie

€4200pm for an 86 sq metre house in Phibsboro with “six” bedrooms… If the street sounds familiar, it’s where @campaignforleo launched his leadership bid. Doubt he’s been back since…

@broadsheet_ie look what came up on ad services on my phone. A 2nd income stream for the Taoiseach maybe #leovegas pic.twitter.com/cpwQBLcYK0