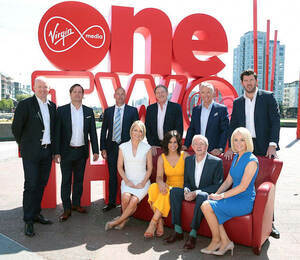 The rebrand launch of TV3 to Virgin One, Two and Three last month

Sure, you may get to bump into a sleb in the corridor.

But is that enough?

TV3 / Virgin aare currently advertising multiple jobs to work for six months unpaid on main studio and sports shows as well as in the HR department.

They are having a giraffe… Owned by Liberty Global, turnover last year of 20 billion and they want kids to work for free. It’s an absolute fupping disgrace.