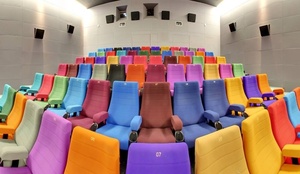 Just two years after reopening, our little cinema has been voted as ‘Highly Commended’ runner up in The Guardian Film Awards for Best Cinema 2014. (They also commended World War Z, but still…) 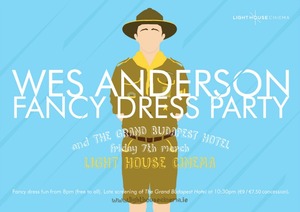 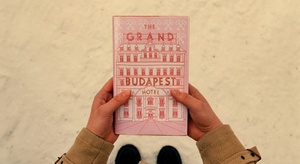 “Thought you might like to know about this exhibition of graphic props from Wes Anderson’s The Grand Budapest Hotel by local designer Annie Atkins (above) at Light House Cinema [Market Square, Smithfield, Dublin] from Friday 7th – 24th March.
“To launch the film and exhibition, Light House Cinema will host a Wes Anderson-themed fancy dress party (top)and late screening of The Grand Budapest Hotel on Friday 7th March.  Fans will get the chance to dress up as their favourite characters from any Wes Anderson film be it Tenenbaum, Zissou or Fantastic Mr Fox and enjoy some fancy dress fun from 8pm before experiencing the latest Wes Anderson film on the night.”