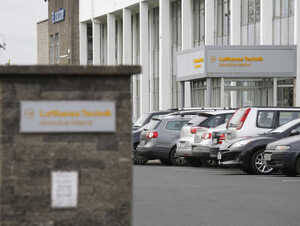 Over 400 jobs lost at Lufthansa Technik. More to follow….. 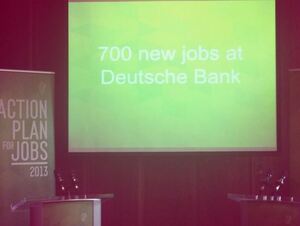 “Deutsche Bank has announced that it will generate over 700 new jobs in Dublin over the coming years. The German bank, which already employs over 300 people in Ireland, said it plans to significantly grow its operations in Dublin by moving to a new office at Eastpoint Business Park.”

Meanwhile, over in Rathcoole:

“The fate of 400 jobs at a Lufthansa plant in Rathcoole in Co Dublin is expected to be clarified at a meeting called by management this afternoon.”

Staff at Lufthansa Technik Airmotive to be briefed by management (RTÉ)