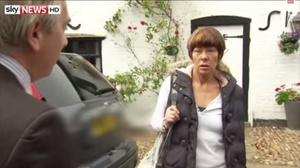 “We were saddened to hear of the death of [alleged internet critic of the parents of Madeleine McCann] Brenda Leyland. It would be inappropriate to speculate or comment further at this time.”

A Sky News statement today on the death of Brenda Leyland who apparently took her own life after being accused of internet trolling by reporter Martin Brunt.