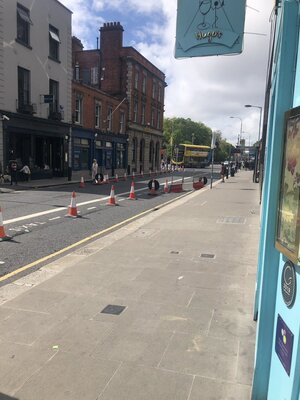 From an idea by Hugo’s (above).

Dublin City Council has announced that outdoor dining is to be facilitated on Merrion Row, Dublin 2.

In a statement yesterday afternoon, the council said the system would be in place initially for the summer, and that a review would take place in the autumn to assess its viability on a long-term basis.

The council has said that, as a result, a number of changes will be made in the coming weeks to the area, including the removal of eight carparking spaces on the east side of Ely place.

The footpaths on Merrion Row will be widened on both sides, with one lane of traffic remaining to facilitate traffic from Kildare Street.