Shane Ross: That fund that bought €3bn worth of Irish bonds “is not necessarily one we would want to be associated with”. Dodgy. #dail

Previously: Meet The 38-Year-Old With $2.5 Billion In Irish Government Bonds 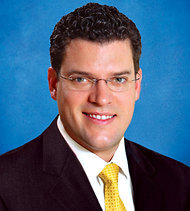 For months now, a big investor has been betting billions of dollars that two of Europe’s most wounded countries will bounce back from the beating they have taken during the region’s debt crisis.

The man behind the trades is Michael Hasenstab, who at the relatively young age of 38 has already drawn comparisons to some of the titans of the mutual fund industry, including Bill Gross of Pimco.

From his perch at Franklin Templeton’s headquarters in San Mateo, Calif., Mr. Hasenstab oversees a team of research analysts that controls more than $165 billion in assets, including the $57 billion Templeton Global Bond Fund. Last summer, when investors around the world dumped their holdings of Irish government debt, sending yields soaring, Hasenstab was buying. Today, his fund owns at least $2.5 billion in Irish government bonds. His Hungarian bet is even bigger, at more than $3 billion in that shakier country’s debt. The Irish bonds have been the far stronger performers, rallying more than 35 percent from the middle of last year.

There has to be a catch:

Mr. Hasenstab has been an evangelist for Ireland’s stoic response to the crisis. In October, The Wall Street Journal’s editorial pages published a commentary by Mr. Hasenstab, titled “Lessons of the Irish Comeback.” In it, he said wage cuts for Irish workers were painful but had helped the country regain competitiveness. In the article, he did not disclose whether his funds held any Irish bonds. Mr. Hasenstab did mention that Franklin Templeton funds had bought Irish sovereign debt in a September commentary on the company’s Web site, a spokeswoman said.