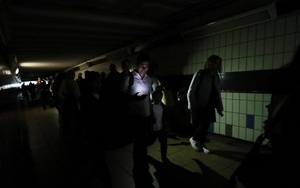 Or something more sinister?

Large parts of the country were without electricity following the power cut, UK Power Networks said, with outages reported in the North West, South West, the Midlands and Wales.

“We believe this is due to a failure on National Grid’s network, which is affecting our customers.”