🇺🇸🚨 There is an extremely close 61 votes between the leading Republican and Democrat candidates in the New Jersey Governor race. pic.twitter.com/lEnqZ9mO3r 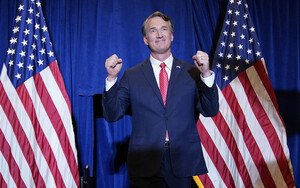 Republicans won the Virginia governor’s election and were within striking distance in New Jersey on Wednesday, a warning that President Joe Biden’s Democrats are in trouble heading into next year’s congressional elections.

Glenn Youngkin, a former private equity executive who surged in the polls in the Virginia campaign’s final weeks, beat Democratic former Governor Terry McAuliffe, CNN and NBC projected. Youngkin declared victory in a speech before ebullient supporters, while McAuliffe did not publicly concede…..

…In New Jersey’s closer-than-expected governor race, Republican challenger Jack Ciattarelli and incumbent Democrat Phil Murphy were locked in a virtual draw, even though registered Democratic voters outnumber Republicans by more than 1 million. Democrats clung to hope because more votes were due to be counted in their strongholds. 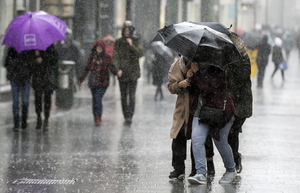 The bill, permits counties, municipalities and certain authorities to establish stormwater utilities and impose related fees and other charges to property tax.

Supporters of the bill, S-1073, call it “flood defense,” and say it will serve as a long-needed tool to manage flooding and dirty runoff from rainwater….

…Assemblyman Christopher DePhillips has said the “rain-tax” bill permits local communities to tax “based on the weather,” and allows New Jersey to carry the financial burden when it rains…