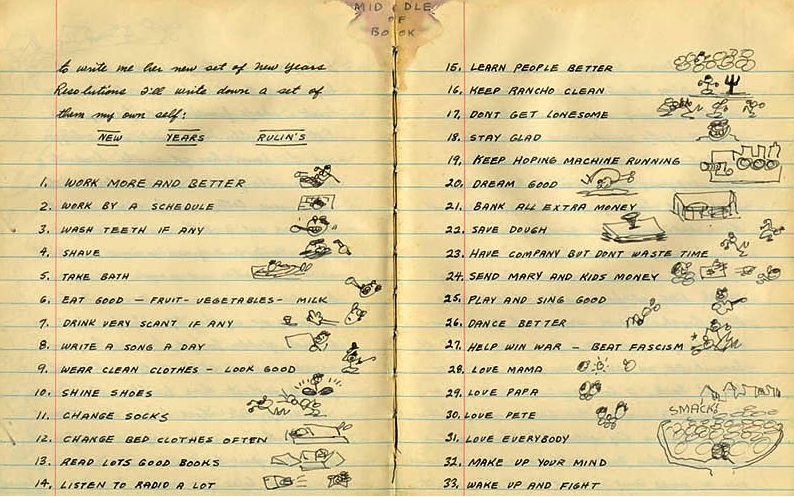 Also beat facism and always use the continuous imperative tense.

We made this video [yesterday] and by chance a homeless man asked could he be part of it and make a new year’s resolution. We found it very moving and as a result became almost the story behind the video. He had quite an impact on us when we got home to edit the footage and realised that his desires for the new year were incredibly pragmatic compared to ours. We hope that perhaps it will help raise awareness although the message is intentionally not too obvious. He appears near the end. Made us think about our priorities in 2012.