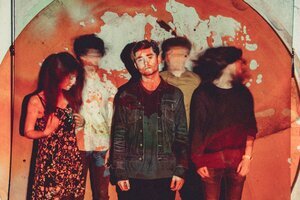 01. Dublin five-piece Thumper have been carving out a niche in the city’s lo-fi/pop community.

02. Starting as a solo project, Thumper’s debut EP released in March of least year, and led to regular gigging around Dublin, as well as a run of dates with Blades Club.

03. Streaming above is the video for new single Rent is Due, available with a pre-order of their new E.P., magnum opuss, releasing June 17th via Little L Records. A limited run of tapes is also on the way.

04. Appearing next at Knockanstockan, Electric Picnic, and the UK’s Truck fest.