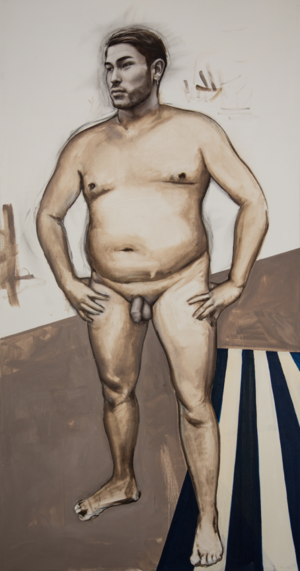 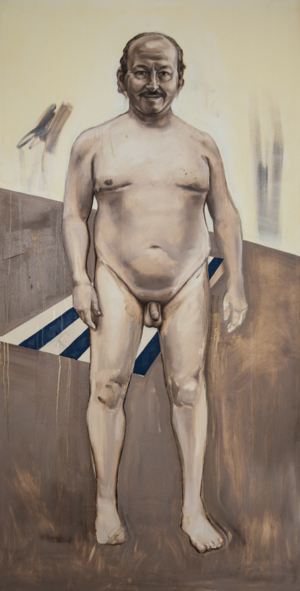 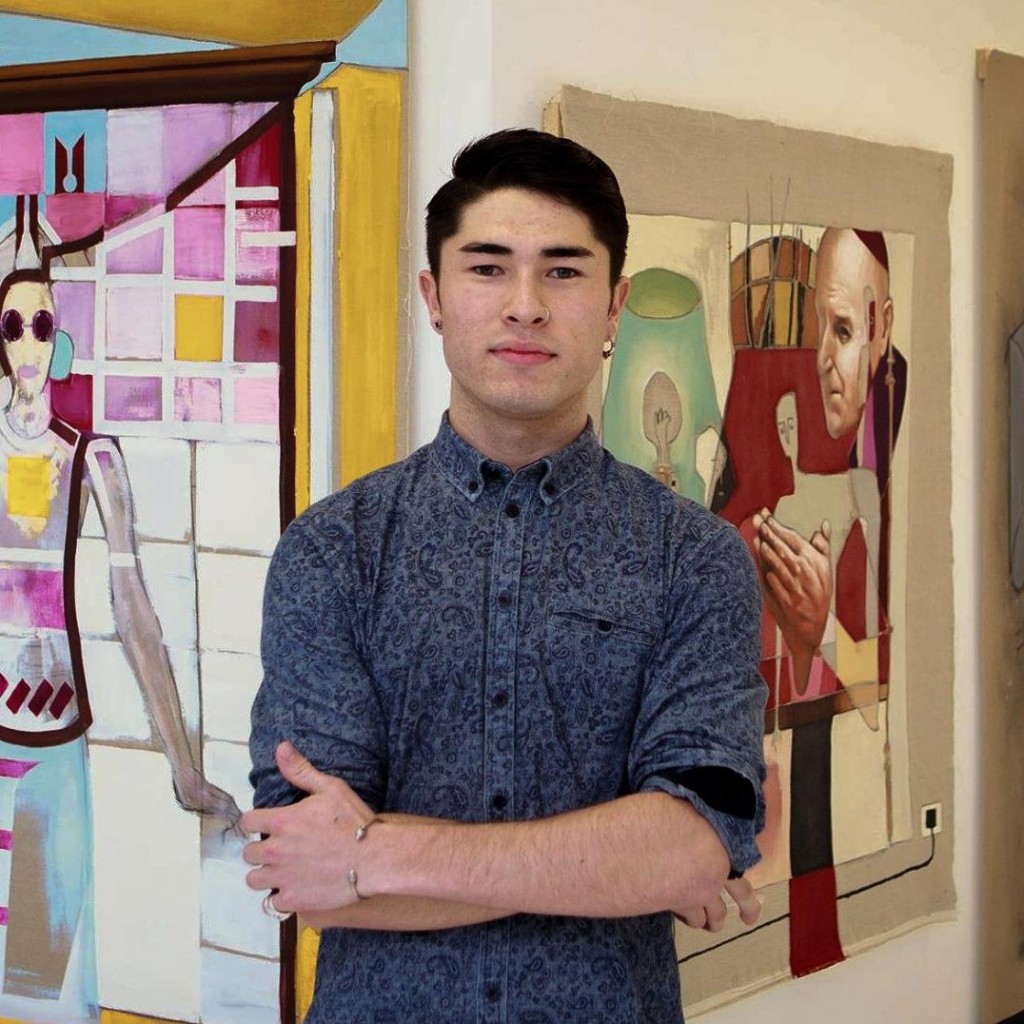 NCAD student Shane Berkery, above, and a nude diptych he created of himself and the director of the National College of Art and Design, Professor Declan McGonagle

“The National College of Art and Design (NCAD) has rejected claims of censorship after a student withdrew an image depicting its director, Prof Declan McGonagle, in the nude from an end-of-term exhibition.”

“NCAD confirmed that management representatives met the student last Monday and advised him “about both the appropriateness of showing the image in the college and the responsibilities that come with making the image public”. However, in a statement, NCAD said it did not order the student to withdraw the painting.”

Saying the diptych – of himself and Mr McGonagle both nude –  was made in protest against the way the college is run, Shane told the Irish Times:

“I painted Declan because I was not happy with the college, and I painted myself as an equal. So I was putting myself through the same thing. I don’t want to ridicule Declan. I don’t want to bully him or anything.”

“I was very pressured. They kept saying I needed to think about the consequences. So I said, okay, it’s definitely going to be more trouble than it’s worth – so take it down and put a different one up.

“It’s not particularly offensive. The whole point of doing art is doing that kind of stuff and creating a dialogue.”