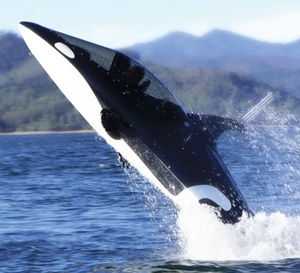 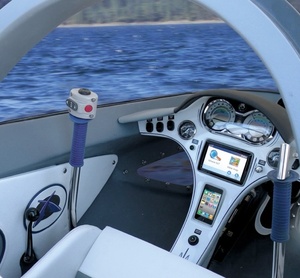 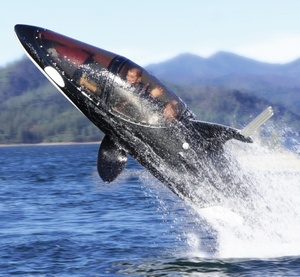 The two-person Innespace Killer Whale Submarine’s 255hp supercharged engine will let you hydroplane at  80km/h and cruise up to 1.5m underwater at 40km/h, thanks to an exhaust snorkel built into the dorsal fin.

Two years ago they brought out an equally wanton shark version.

Luna, or T’Suux’iit (1999 – 2006) the killer whale, who lived most of his life in Nootka Sound off Vancouver Island,  developed an affinity for humans, apparently attempting to communicate by imitating the sound of outboard engines.

Responsible Squee demands that we offer you the red pill at this point. Despite the obvious adorable aspects of this tale, Luna’s fame, and interaction with humans remained controversial and didn’t end well. You can read more about it here. Warning: it may ruin your Friday feeling. 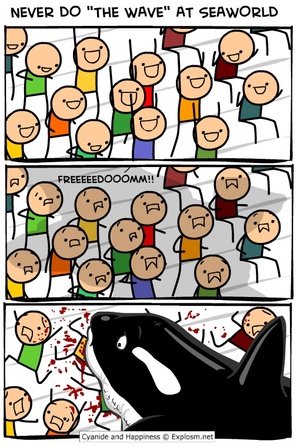