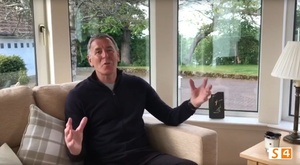 A gem from the Sports Archives, the second round of the Italia 1990 FIFA World Cup. There was never been a moment in the history of Irish Football like this. The date was the 25th June 1990 and the venue was the Stadio Luigi Farraris in Genoa. The golden age of Irish soccer provides the basis for this archive-based international soccer series. Jack Charltons Irish team included such players as Packie Bonner, Ray Houghton, Mick McCarthy, John Aldridge, David O’Leary, Paul McGrath and Kevin Moran. 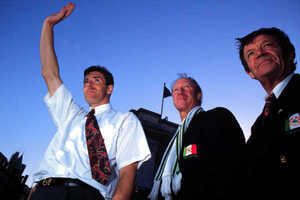 It’s 26 years since Jack Charlton led Ireland on its first and greatest World Cup run, and Packie Bonner was there through it all, the backbone of an Irish team blessed with a degree of talent and purpose that has rarely been matched.

On the eve of Euro 2016 and to mark the paperback release of his long-awaited autobiography The Last Line (shortlisted for the Bord Gáis Energy Sports Book of the Year), Bonner talks to writer and broadcaster Gerry McDade about his life and career, tracing his evolution from shy Donegal teenager to national hero, and reflecting on the World Cup penalty save that changed his life forever.

We have THREE pairs of tickets to catch this night with Packie at the Smock Alley Theatre, Lower Exchange Street, Dublin 8 at 8pm next Thursday to giveaway.

Lines MUST close at midnight

The Last Line By Packie Bonner