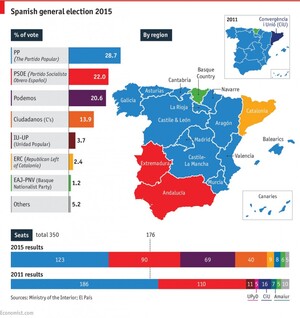 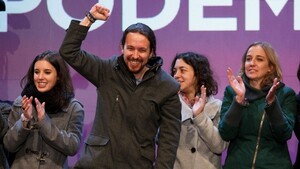 The Podemos and Ciudadanos parties were the big winners with [progressive] Podemos winning 20.66% of the vote Ciudadanos claiming 13.93%.

The two traditional powerhouses of Spanish politics, the PP and the Socialists, remain the two largest parties with 28.72% and 22.01% of the vote respectively, but they face difficult coalition talks with the two smaller parties over the next few days.

“Spain is not going to be the same anymore and we are very happy,” said Podemos leader Pablo Iglesias. 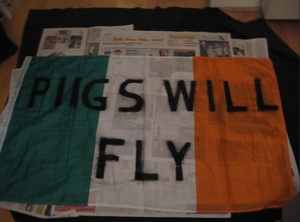