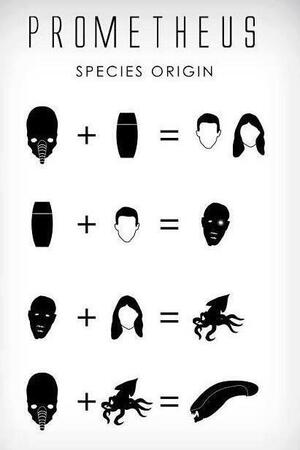 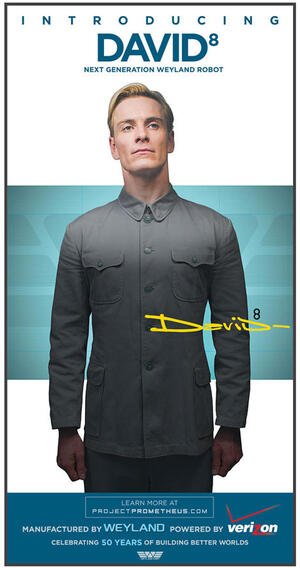 Prometheus has followed up on yesterday’s excellent viral advert for Michael Fassbender’s android, David, by releasing a new poster selling the very same “product”.The new one-sheet introduces David 8, the latest and greatest incarnation of Weyland Industries’ pioneering artificial intelligence, capable of “almost anything that could possibly be asked of me.”

The ever brilliant Community returns to US screens next week. To celebrate and tease us, they’ve released this wonderful parody trailer. 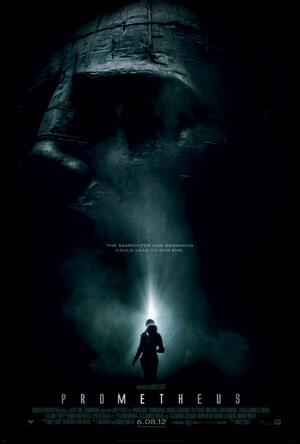 THIS is clever viral marketing:

The crowd at TED got a glimpse into the upcoming Ridley Scott sci-fi film Prometheus on Tuesday, in the form of a video of a TEDTalk that takes place in 2023.

Although not a clip from the movie itself, the futuristic talk is given by Guy Pearce, who stars in the film, and offers some clues to the plotline. At one point, Pearce, who plays CEO of the fictitious Weyland Corporation in Prometheus, says, “At this moment in our civilization, we can create cybernetic individuals, who in just a few short years will be completely indistinguishable from us.”

Ridley Scott’s ‘Prometheus’ teased in TEDtalk from the future (mashable) 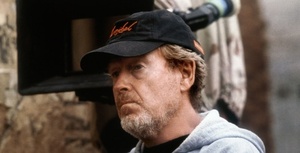 Twentieth Century Fox today announced that the new ‘Alien prequel’ to be directed by Ridley Scott will be called Prometheus, and is due for release on March 9th 2012. Things have changed somewhat since the original ‘spacejockey’ concept. Sez Scott:

“While Alien was indeed the jumping off point for this project, out of the creative process evolved a new, grand mythology and universe in which this original story takes place. The keen fan will recognize strands of Alien’s DNA, so to speak, but the ideas tackled in this film are unique, large and provocative.”

No word yet on HR Giger’s role in all this.