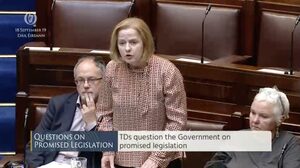 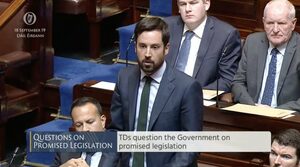 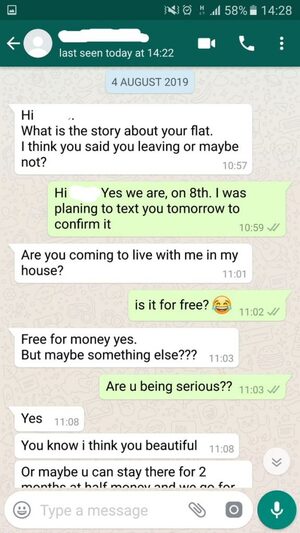 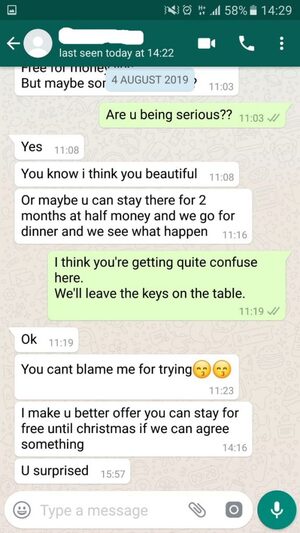 “We now have a situation where sex for rent is becoming a reality for a lot of tenants. We don’t have data in this country but in England, the Shelter organisation reports 250,000 women have been propositioned by landlords in this way.

“I’ve had a young woman who was renting a bedsit, in all but name, in the Rathmines area, who was a victim of this and I’d like you to listen to some of the messages that she was sent.

“When she said she had to leave as the rent was too expensive, the landlord said ‘are you coming to live with me in my house?’

“She said ‘are you being serious?’ and he replies ‘yes, I think you’re beautiful. Maybe you could stay there for two months at half money and we go for dinner and see what happens’.

“When she rejected this, he said ‘I’ll make you a better offer. You can stay for free until Christmas if we can agree something. Now, I have the text messages here and I seriously think that it’s high time that we collated data in this country because you’ve allowed a situation where young women, in very vulnerable situations, thankfully she was able to move on, could actually be put under undue stress and pressure because the landlords rule in this Dáil and you’ve done nothing about it.”

In response, the Minister for Housing Eoghan Murphy said earlier this year, the Government enacted “the most substantial reform for protecting tenants that had been enacted since we brought in rent controls in the first place”.

In relation to the specific case raised by Ms Coppinger, he said:

“That sounds disgusting and a horrible thing for someone to have to go through. It is absolutely a matter for the gardai and a criminal matter and I hope it is being addressed in that way.

“But in relation to the wider point you make – and research being done in the UK – I will of course talk to the Minister for Justice about what might be possible in relation to these types of situations women might be finding themselves in because it’s reprehensible.” 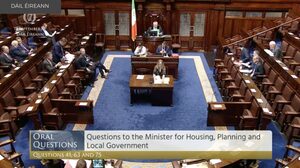 In the Dáil today I'll be breaking a story about a Dublin landlord who sought sex in return for reduced rent. I'll be speaking in the Dáil at 12:30pm #metoo
#SexIsNotRent #dubw

Leaders’ Questions will get under way at 12pm in the video link above.